Buckle up, simulation games fans – Humble’s got a new Bundle that might be right up your street. It’s aptly titled the Humble Super Simulation Bundle, and as its name implies, it’s packed with eight different games from the genre to grab – depending on which price tier you go for, that is.

As you can see on the new Humble Bundle’s page, Drago Entertainment’s 2018 archaeology-like sim Treasure Hunter Simulator and Jutsu Games’ 911 Operator, which sees gets you tackling the challenges of managing emergency calls, are included at the first price tier. This unlocks if you pay at least £0.75 / $1, and the former game also includes a “mega update” with “new content and improvements”.

At the Bundle’s second tier – which unlocks if you pay more than the average of £6.71 / $8.92 (as of this story) – you’ll get access to four more goodies, including a big hitter of the space games genre: Frontier’s sci-fi hit, Elite Dangerous. In addition, the pack includes the stylish We. The Revolution, hunting sim TheHunter: Call of the Wild, and battle sim Radio Commander.

If you decide to go for the top tier of the Bundle – priced at £11.37 / $15 – you’ll get to dive into PC Building Simulator and some DLC for TheHunter – a pack called Silver Ridge Peaks, which adds a new region, as well as flora, fauna, weapons, and missions. 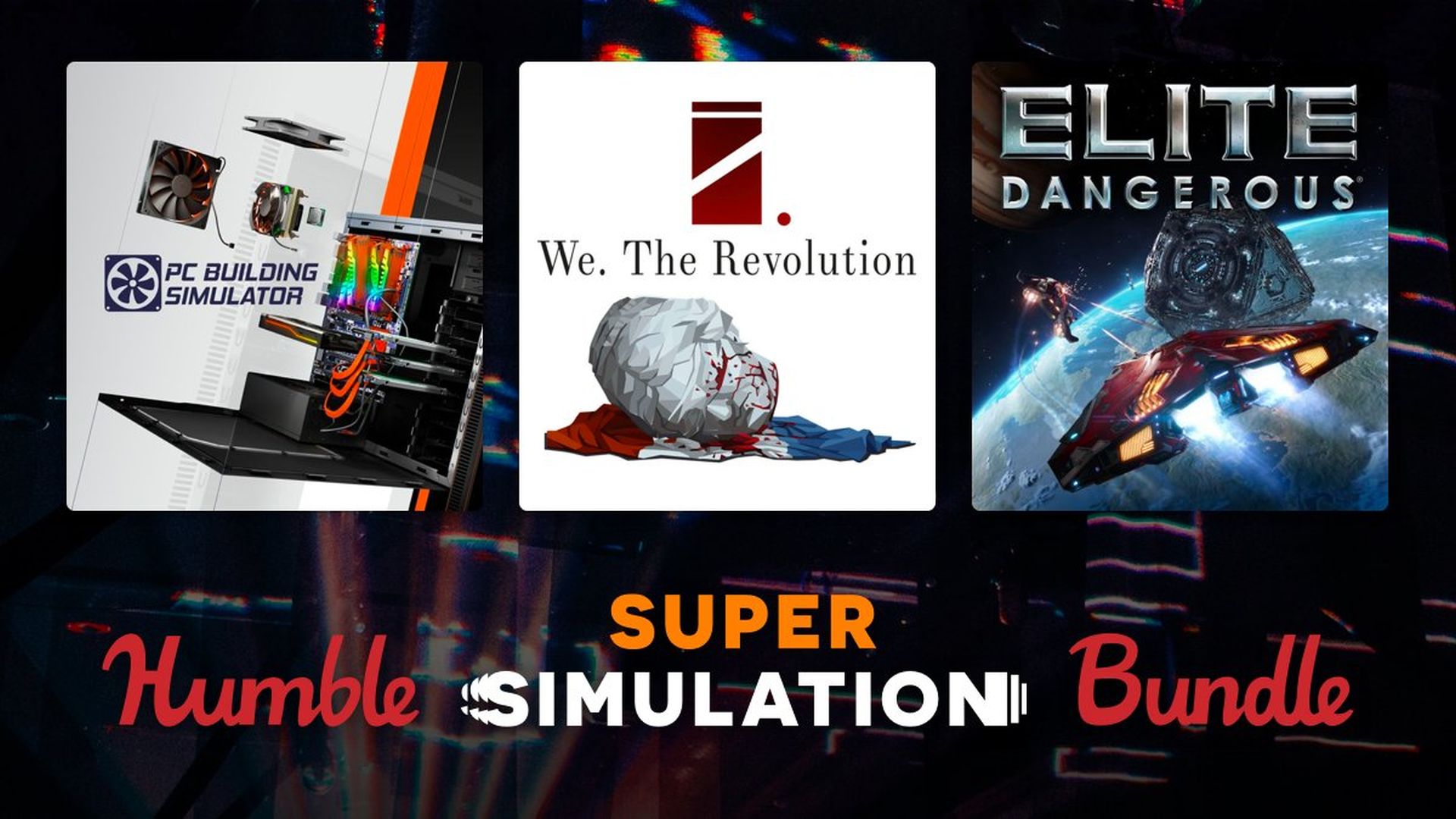 If you’re keen to go for the new Bundle, you can grab it from Humble’s site here. Plus, if you’re a sim games fan, you might also like to find out more about Elite Dangerous: Odyssey, the game’s upcoming expansion, which will add on-foot exploration for the very first time.