If you’re a fan of simulation games, management games, or building games, Humble Bundle’s latest offering might be your cup of tea. The website’s launched a new Humble Totally Tropical Bundle packed with a bunch of titles and DLC goodies from the long-running series for cheap – and purchases help support charity, too.

The Humble Totally Tropical Bundle features $110 worth of content, the site page says, all of which is redeemable on Steam. At the first pricing tier – which unlocks if you pay £0.76 / $1 – the Bundle includes Tropico 3: Steam Special Edition as well as Tropico Reloaded – a pack featuring the original 2001 Tropico base game as well as its Paradise Island expansion and Pirate Cove follow-up.

At the Bundle’s second tier – which costs “more than the average” of £6.22 / $8.11 at the time of writing to unlock – there are six more goodies to grab. Alongside the Absolute Power Tropico 3 expansion, there’s Tropico 4, plus four DLC packs: Quick-dry Cement, Voodoo, Plantador, and Propaganda!

If you want access to the whole Bundle, you’ll need to pay £9.13 / $12 or above – but at the third tier you’ll also get Tropico 5, five of its DLC packs (Espionage, Waterborne, Generalissimo, and T-Day), and the Modern Times, Megalopolis, and Pirate Heaven extra content, too. 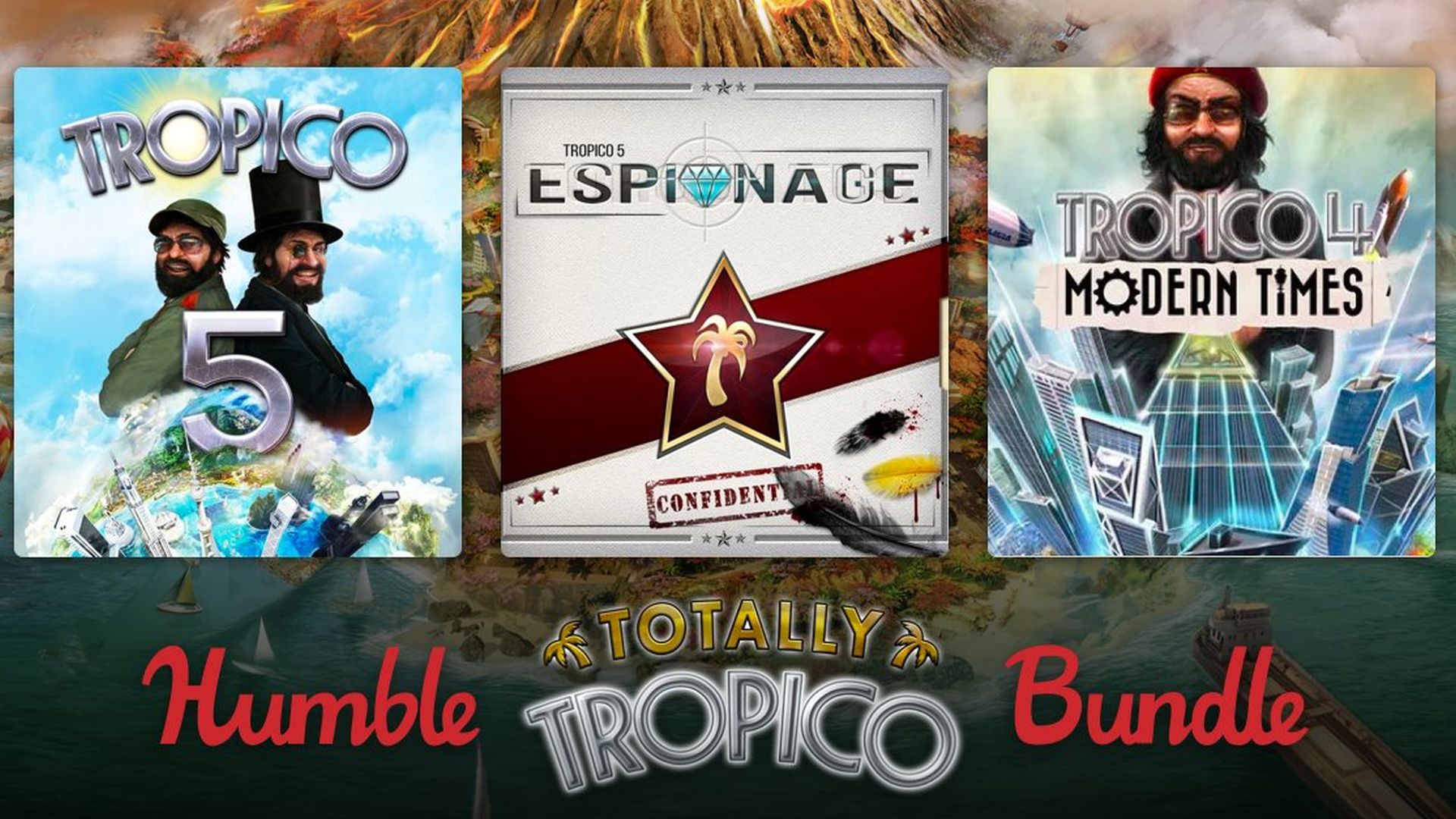 As a bonus, picking up the Bundle’s highest tier also includes one month free of Humble Choice for new subscribers, and Bundle sales also help support either International Medical Corps – a “global humanitarian nonprofit organisation dedicated to saving lives and relieving suffering through health care training and medical relief programs” – or a charity of your choice.