When I went to space, I learned that yeast comes from thistles. I also learned that if you stand still for five seconds, bears will show up and attack you. I preferred the first lesson.

Fortunately, your employer, the United Development Agency, has furnished you with a protective spacesuit for your arrival on Icarus, a terraformed celestial body that’s rich with natural resources. Unfortunately, it can only stand up to a couple of swipes from a bear before you’re left unconscious and bleeding out like a stuck pig.

Criminal negligence, exploitation, and faceless corporations are par for the course in space games, but the UDA isn’t interested in anything nefarious aside from harvesting as many exotic materials from Icarus as it possibly can. The company just wants you to survive on the planet for long enough to realise its goals, and if you can’t, then its losses ought to be minimal. Your first few tasks will be familiar if you’ve played a few survival games before: craft some rudimentary tools, harvest some basic food, dig up some shiny rocks, and dream of the day when you can build a hovel to call your own. There’s not much in the way of gimmicks on Icarus; it’s just you and the planet, and the planet wants you dead.

Icarus forces you to learn and adapt to its natural rhythms. You can wander around at night in games like Valheim, or even go for long stretches without upgrading your equipment and still survive. That’s not the case here. Once the sun sets, you’re plunged into total darkness. Even if you craft a torch, your visibility is severely limited. Most of the time I’m fumbling around hugging cliff faces and hunkering down in safe areas at night, anxiously watching the moon and willing it to sink below the horizon faster so I can at least see what’s trying to kill me before the word ‘unconscious’ flashes up on the screen. 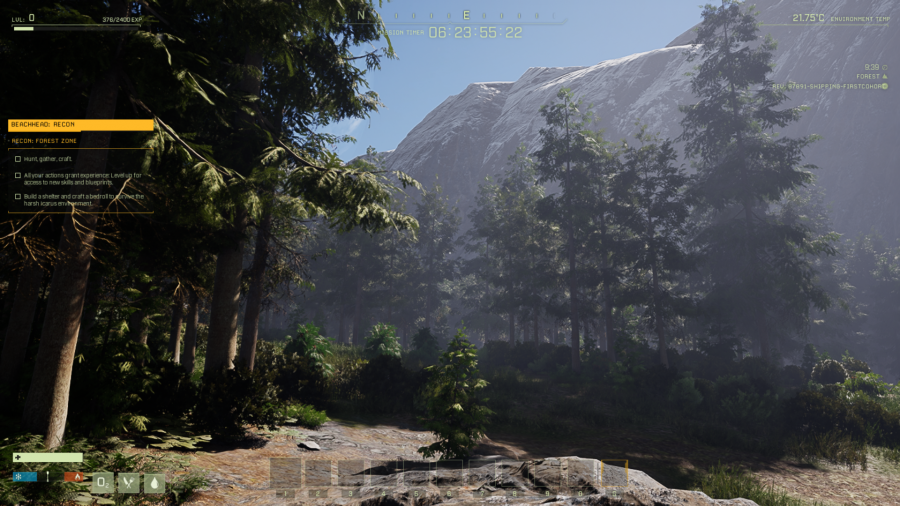 That sense of being a vulnerable, fleshy sack of blood and organs in a world that wants to eat, freeze, zap, starve, and suffocate you is what makes Icarus tick in its early stages. It’s not a unique concept, but developer Rocketwerkz has succeeded in making the planet feels like a rugged wilderness that can tear you apart in an instant.

Crucial to its ruggedness is Icarus’s weather. Vicious, violent tempests roll through the forests blowing trees over while arcs of lightning set the canopy alight. If your hut’s nearby then it’ll only be a matter of time before the building is engulfed in flames. Staying out during a storm, especially in arctic or desert biomes which come with extreme temperature effects, is a death wish.

When you’re not being pummeled by extreme weather, Icarus and its biomes are picturesque and serenely beautiful, and small details like convincing wood grain textures and the condensation on your freezing visor help establish a strong sense of place. Admittedly, the planet does feel an awful lot like Earth for the first 20 hours, with familiar animals to hunt and environments to adapt to, but eventually you’ll come across proper alien monstrosities that help to cement this as a sci-fi adventure. 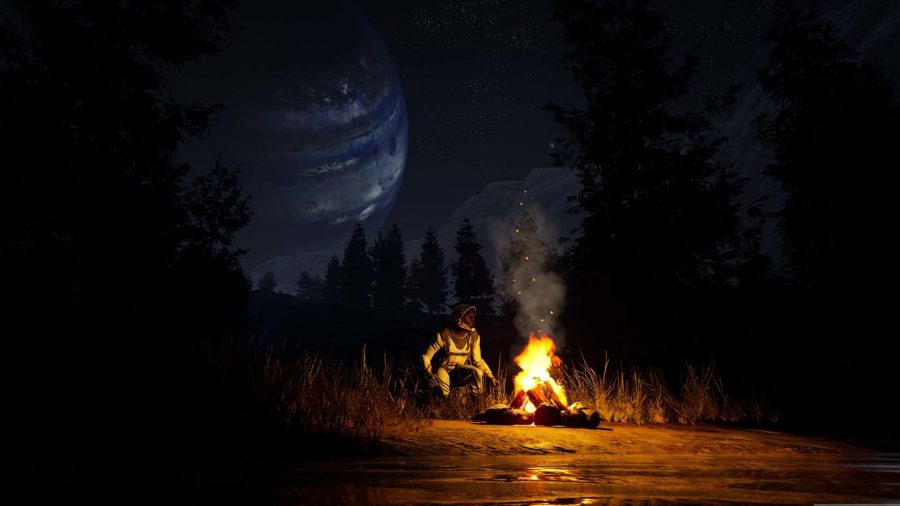 Icarus has no win condition. Instead, you have a swathe of missions to complete that gradually increase in complexity, reflecting your growing familiarity with the planet and the technology at your disposal. Each prospect is effectively a new deployment, so you lose any material progress and start fresh each time. If you complete the mission and make it back to your dropship in time, you keep all your advanced tech and blueprints, which does streamline the settling in phase of future deployments.

violent tempests roll through the forests blowing trees over

It’s a clever progression system, and crucially it addresses one of the long-standing issues with survival games: how do you recapture the thrill of arriving in a hostile world for the first time while allowing the player to tame said world as they level up?

Granted, the notion that a company would spend vast resources dropping an astronaut onto an alien world without teaching them how to make a basic grass bedroll is laughable, but this eases as you unlock more advanced tech. 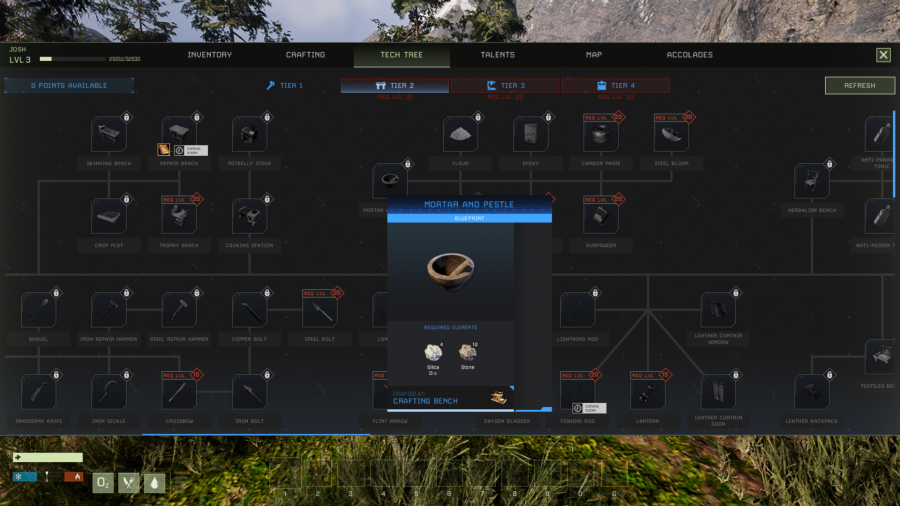 Like everything in Icarus, it takes a long time to get to the good stuff. You can play any prospect alone, but Rocketwerkz clearly wants you to play with friends. Even early missions that task you with scouting an area take far too long to finish alone, assuming no bugs halt your progress. Trekking across what looks like a small corner of the map to place a radar takes roughly half an hour on my own, and while Icarus is full of resource nodes, the quotas for materials feel unnecessarily steep.

That feeling intensifies when I die, often from a surprise bear attack (fortunately, we’ve got a guide on how to deal with those pesky Icarus bears). Icarus really punishes you for dying: unless a teammate revives you – tough luck if you’re playing solo – you’ll lose all of the XP you’ve gained towards your next level. That’s a harsh enough penalty, but it stings that little bit more when you die from something that the game hasn’t explained to you, like how to replenish oxygen. If you haven’t built a shelter of some kind then dying comes with an extra sanction: a seemingly random respawn location.

This wouldn’t be too bothersome if it weren’t for the real-world deadline for each prospect, which ticks away regardless of whether you’re playing or not. Prospects last one week. If you start one and can’t finish it for whatever reason, your character is stranded on the planet and presumed dead. Your only option at this point is to start with a new explorer, who has none of the talents, blueprints, or gear you had previously earned. Being punished so severely for not having time to play the game definitely adds tension, but it’s felt in real-life, far away from Icarus, and that sucks. 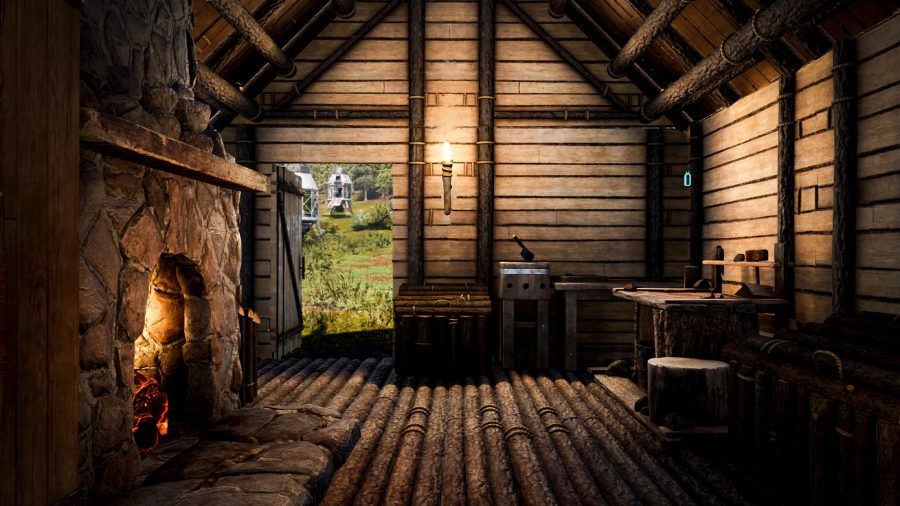 Icarus also has plenty of bugs, despite almost daily patches from Rocketwerkz since the game left early access. The physics and animations are a bit wonky; huge chunks of rock are suspended mid-air when mining; animals come to a complete stop when confronted with a fallen branch, before pinging over them in an uncannily bouncy motion; and some objects blast off into orbit when you brush up alongside them. Crashes are frequent, especially if you move too quickly. Frequent autosaves help allay the frustrations, but there’s no escaping the fact that Icarus needs more work under the hood.

Hopefully, Rocketwerkz will find solutions to these problems soon, because Icarus is a promising survival game with a smart approach to progression and some truly awesome weather effects.

A refreshing take on the survival sandbox with a robust approach to progression and countless ways to tackle each mission. Sadly, harsh penalties, bugs, and crashes combine to make this a frustrating off-world expedition.