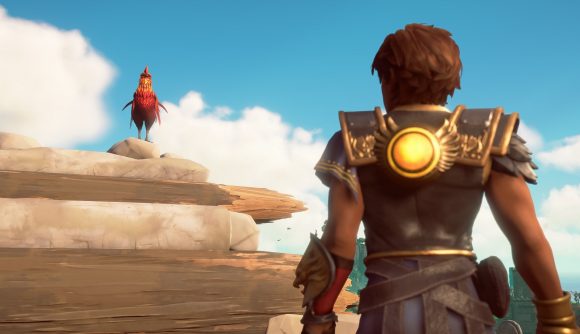 From Assassin’s Creed Valhalla to Watch Dogs Legion, we’ve had a few Ubisoft games to keep ourselves busy recently. The studio isn’t quite done yet, though, as now it’s Immortals Fenyx Rising‘s turn. It’s an open-world game from the team behind Assassin’s Creed Odyssey. While Odyssey was more based in history, though, this one is Ubisoft’s chance to embrace Ancient Greek mythology fully.

We were able to get our hands on it and came away with plenty of positive thoughts. In our Immortals Fenyx Rising review, we said that “while Ubisoft doesn’t always strike a balance between Greek history and humour, Immortals Fenyx Rising’s open-world is a constant delight”. The Golden Isles are littered with plenty of sights to see, monsters to battle, and puzzles to solve.

Immortals Fenyx Rising has got off to a strong start on Metacritic and Opencritic, too. On the former, it’s currently sitting at 74/100, whereas the later is 78/ 100. Plenty have praised the game for being a brisk but enjoyable take on the formula of the open-world game, which sees plenty of titles extend into well over 100 hours. Some do, however, note that the game feels fairly familiar thanks to its resemblance to The Legend of Zelda: Breath of the Wild. Physics-based puzzles, stamina bars, tameable horses, you name it.

Here are some of the scores we’ve come across so far:

Seven seems to be the sweet spot, here, but there’s a good variation of scores across the board.