Imperator: Rome – Paradox Interactive’s recent attempt to bring its particular brand of map-painting grand strategy to the ancient world – has always been something of a chimera. Cobbled together with ideas and mechanics from the studio’s past titles, it was criticised at launch for failing to bring those separate parts together into a coherent whole.

The past year of patches and updates, however, has seen the historical strategy game pull itself together. Now, it’s biggest overhaul to date is poised to offer Imperator a fresh lease of life. Decisively moving away from many of the elements that made it feel like a toga-clad clone of EUIV, Imperator has instead embraced a more subtle approach towards managing your empire’s population.

The 2.0 ‘Marius’ patch continues this trend, and, in doing so, brings the game closer than ever to its goal of becoming a truly excellent ancients-themed grand strategy game. The update introduces a slew of big changes, the most obvious and immediate of which is the gorgeous new UI rework. New portrait backgrounds, tooltip changes, and a more stylised interface: it’s all very sleek.

While it may take a little bit of time to get fully acquainted with where all the menus are hiding now, this is the best Imperator has ever looked. 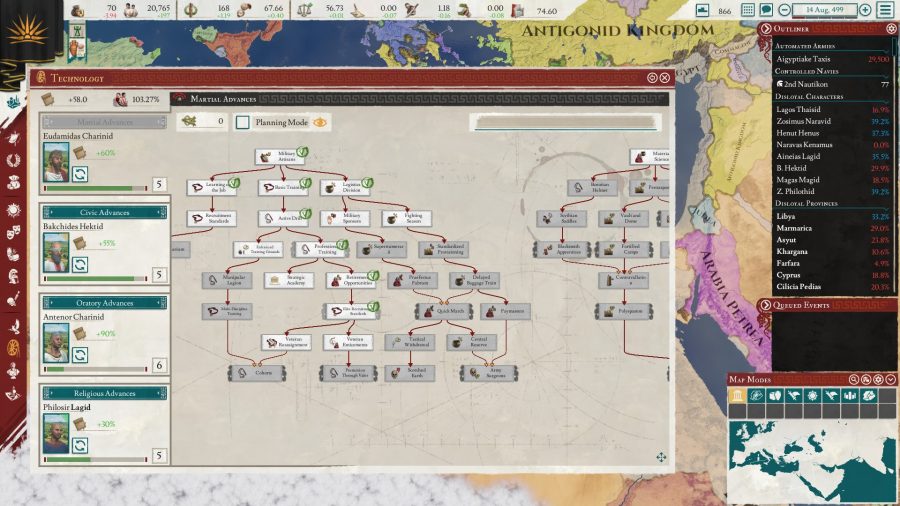 Inventions and military traditions, two of the more overlooked features at launch, have also received serious face-lifts. Like the UI, these are solid improvements. The new flow chart-style invention trees give the player a much clearer picture of what they are progressing towards, rather than having them pick from a random list of available inventions.

Of course, they picked Marius as the update title for a reason. The most substantial change that the patch brings is the overhaul of the military systems. While armies still fight the same way as they did before, the recruitment process has been replaced by the new system that divides armies between ‘legions’ and ‘levies’.

Legions are your country’s standing armies: stacks of well-trained (and expensive) troops. You choose specific types and quantities of cohorts and raise them with money and manpower. They operate in a similar way to the pre-2.0 armies of Imperator, but there are more restrictions. 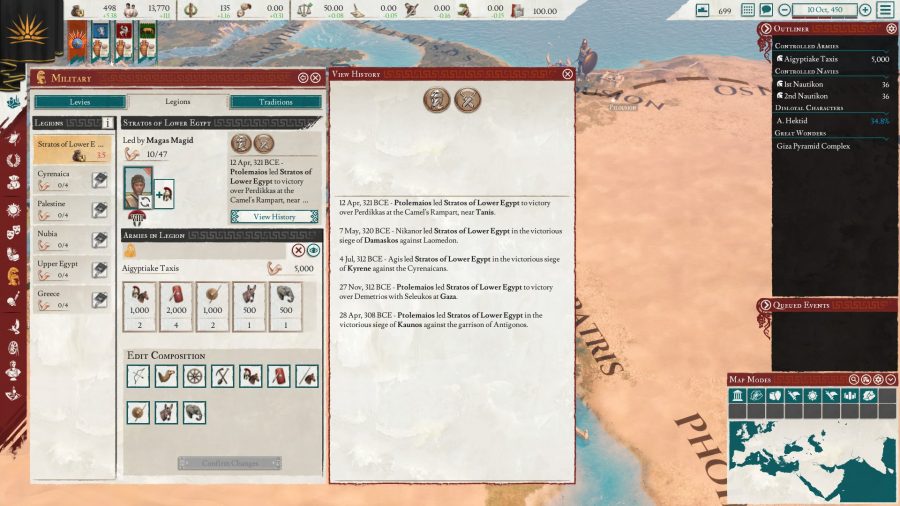 Not everyone can build legions at the outset, and even those that do start with legions unlocked only have the option to create a single legion. Tribes can’t raise legions at all. Only after reaching Great Power status can a nation deploy multiple legions simultaneously. This keeps the standing armies of the early game relatively small, but forces can still balloon during wartime due to the other pillar of the new military system: levies.

Imperator 2.0 looks and plays the best that it ever has

Levies are ‘temporary’ troops that you can raise directly from your population. While the idea seems simple, some important caveats make the levy system more intriguing than it might initially appear.

For example, you can only raise levies from your loyal governors. Disloyal subordinates won’t provide any troops when you call. And even among your loyal provinces, unincorporated cultures – those who don’t have full rights inside your empire – won’t count towards your levies. 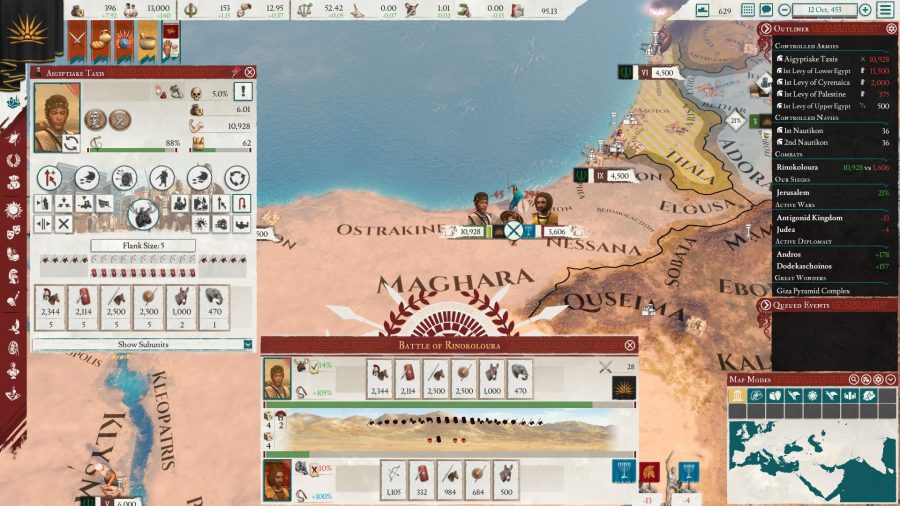 The size and composition of these levies depend on the number and type of pops (population units) present in a province, with different cultures and classes creating different types of soldiers. Because troops are now raised directly from your pops, you’ll also experience a slowdown to your income, research, and manpower while at war, as those folks are now busy marching around the map.

Taken together, the changes in this update continue Imperator’s trend away from the direct monarch points-style systems imported from the Europa Universalis series, and towards the idea of more indirect population-oriented gameplay similar to that pioneered in Victoria.

Previously, the mechanics behind waging war and managing your population only interacted in limited ways. Now, population management and army recruitment are intimately intertwined. This gives war a social dimension that was lacking in previous iterations. The effect is subtle but makes for some truly intriguing dilemmas.

Smaller standing armies mean that the loyalty of generals is at a premium, while the levy system punishes you for expanding without taking demographics into consideration. These new population and military dynamics are especially noticeable in the Diadochi kingdoms, where Macedonian warrior-elites rule over the hastily constructed and ethnically diverse domains formed in the wake of Alexander’s death. 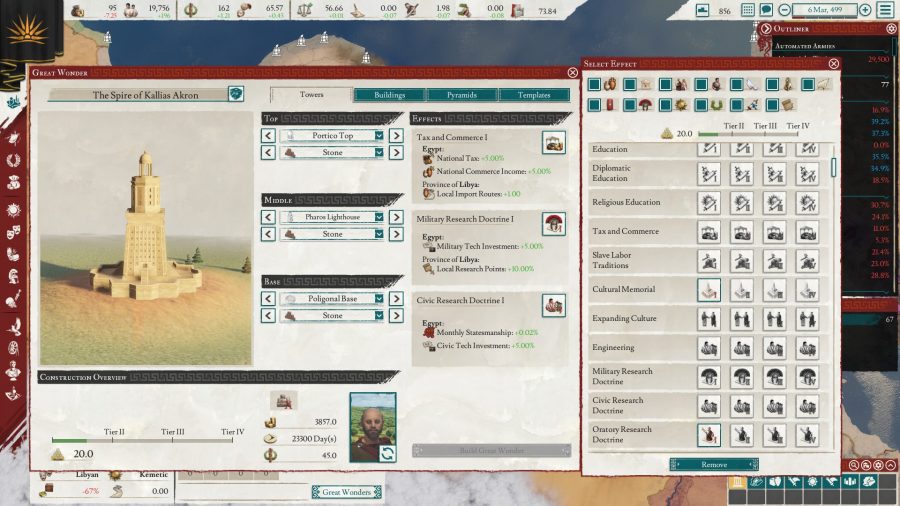 It makes sense, then, that the Alexandrian successor kingdoms are at the centre of the content pack released alongside the Marius patch. While most of the really big changes come in the free update, the Heirs of Alexander content pack adds some unique flavour to what is arguably the most interesting part of the ancient world during this time period.

Imperator still has some unaddressed issues

The DLC adds a very cool new Wonder Designer alongside unique events, deities, and treasures for each of Alexandrian successor kingdoms of the east: Macedonia, Thrace, Egypt, the Seleucid empire, and the Antigonid Kingdom. Each receives some unique mission trees that provide some interesting flavour.

It helps to direct these heavyweights down a particular foreign policy path, and with the new ‘Legacy of Alexander’ wargoal – which allows the successors to instantly seize ownership of territory after besieging it – the early game is considerably more volatile. Large swaths of territory can change hands quickly as these massive powerhouses toss their weight around and stab each other in the back. 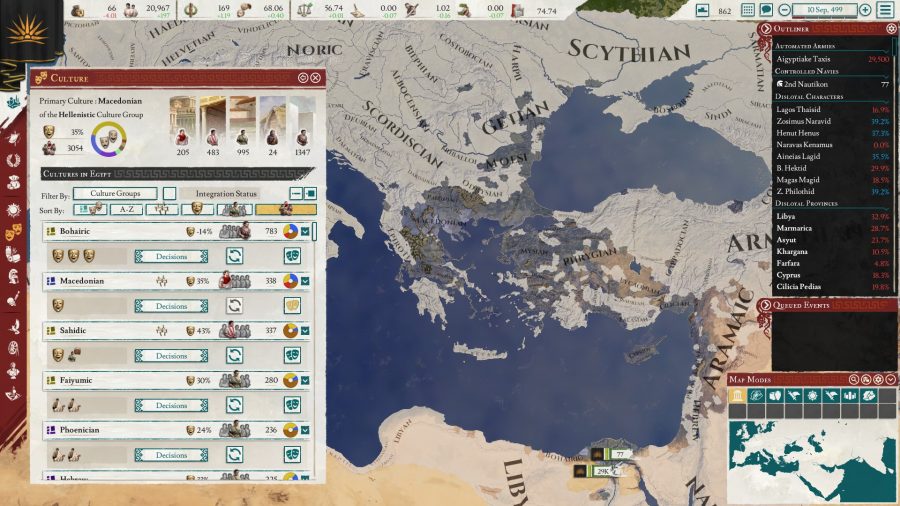 Imperator still has some significant issues that remain unaddressed. Tribes are still painfully underdeveloped. Internal politics have been improved, but only to a point. The mid-to-late game can still feel aimless once you have eliminated or hamstrung your biggest rivals. There are not enough unique events and some of the generic events can feel a little bland. All of these things can, and should, be addressed in the coming months.

But with a fresh coat of paint and some overhauled systems, Imperator in 2.0 looks and plays the best that it ever has. While not totally necessary to make the most of the update, the ‘Heirs of Alexander’ pack helps flesh out the world and makes playing as the Diadochi kings more entertaining.

Buy Now: This is a great time to buy Imperator: Rome

Better yet, the levy and legion mechanics bring Imperator’s military in line with the rest of the pop-centric systems that the game has been moving towards since launch. As of right now, it’s probably the closest thing we have to a spiritual successor to Victoria II.