The rustle of trees in the wind, the quiet chirp of birds, the calm ambiance: these qualities make the countryside the perfect place to relax, and reflect. Being in nature’s presence can calm any turbulent stresses and douse any simmering frustrations.

It’s difficult to capture this feeling in a virtual world, and there has yet to be a game that conveys the countryside’s soothing, humble charm. But Inasa Fujio’s game, Inaka Project, looks to do just that.

You play as a part-time post officer, delivering letters in rural Japan. You travel through the countryside, taking mail to small villages, and learn about local life by chatting to the residents. Inaka Project is still early in development, but from the gifs and screenshots Fujio has tweeted, it seems to have captured the hearts of all who have seen it.

Inaka Project has drawn thousands of likes and retweets across Fujio’s Twitter account, with the most popular tweet, a short video of Inaka Project’s gameplay, having been liked 20,000 times. When a Redditor brought it to the attention of r/Gaming, the post got just under 60,000 upvotes, with people in the comments expressing their excitement for a relaxing and cosy-looking game. 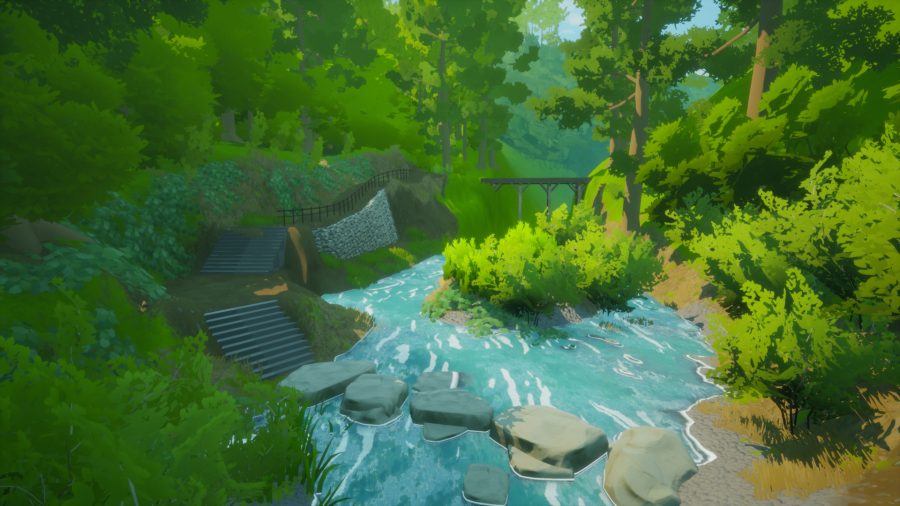 It’s easy to see why Inaka Project has connected with people. It is beautiful, peaceful, and completely different from other games. Its screenshots, somehow, evoke nostalgia even if you’ve never visited rural Japan. This personal touch comes from Fujio’s decision to embed his own experiences of the outdoors and his childhood memories into the game. “I love hiking in the countryside,” Fujio says. “My goal is to share my experiences of sightseeing and interaction will the locals. It has been a place of many good memories for me.

“I don’t play videogames very often, but Boku No Natsuyasumi has been an idol to me. I have fond memories of playing it in my childhood so I hope my game will evoke the same feelings for others.”

Boku No Natsuyasumi,or ‘My Summer Vacation’, is a PlayStation game released in 2000 by Japanese developer Millennium Kitchen. The game follows the daily adventures of a nine-year-old boy sent to live with his aunt and uncle for the summer. You catch bugs, collect bottle caps, and explore the quiet countryside. Boku No Natsuyasumi was not released outside of Japan, but you can watch gameplay of the life sim online, and its influence on Inaka Project is easy to see. Fujio’s game lets players visit forest shrines, walk past Japan’s iconic rice fields, and deliver mail as they chat to the friendly village folk. It’s a relaxing adventure that perfectly captures the countryside’s gentle rhythm.

To create his very own slice of paradise, Fujio is learning videogame development as a hobby alongside his studies as a full-time illustration student. Fujio started developing games out of curiosity and to improve his 3D modeling skills. “Initially, I used both Unity and UE4 since I was not sure which one was fit for me,” Fujio explains. “Ultimately Unreal Engine 4 felt more artist-friendly, especially with a stronger terrain and foliage tool, and node-based editors.” 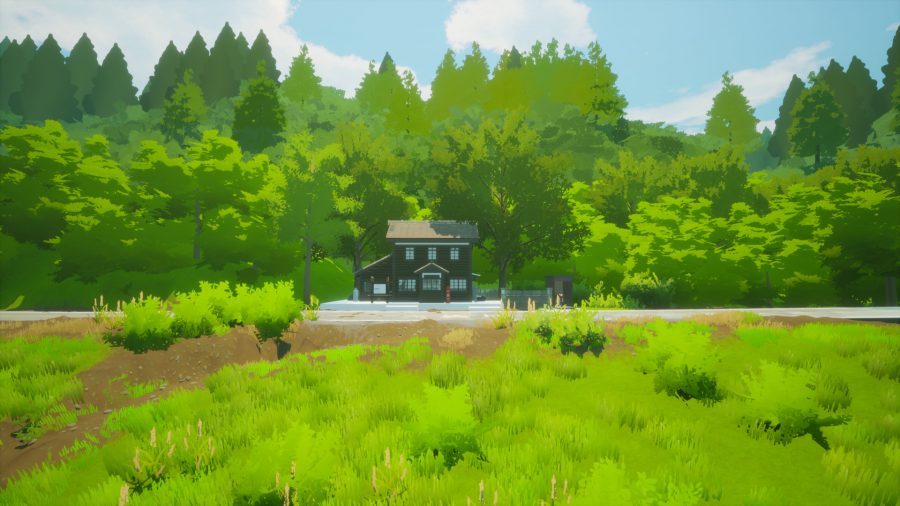 Unreal Engine 4 also has many tools that help anyone, with no prior game development or programming experience, to make a videogame – and Fujio is the perfect example. He’s currently making Inaka Project on his own, and while it’s been a daunting experience, Unreal’s tools are helping him make progress. “Because I have no education in game development or programming, implementing gameplay has been a struggle. However, Blueprints, example contents, and the supportive community has made the journey very easy so far and I feel like I am learning at a fast pace.”

Just relax: Check out the best chill games on PC

Inaka Project does not currently have a release date, but Fujio is recording updates about the game on his Twitter and Patreon. He understands he has a long journey ahead before he finishes Inaka Project, but says it will ultimately help him develop his skills and flourish as a creator. “Game development has been a tool for me to grow as an artist, and taking the easy route defeats the purpose. It may take a long time to finish, but I hope it will all be worth it.”

The Inaka Project is in development for PC, you can support the game over on Patreon. Unreal Engine 4 development is now free.

In this sponsored series, we’re looking at how game developers are taking advantage of Unreal Engine 4 to create a new generation of PC games. With thanks to Epic Games and Inasa Fujio.