Betrayer is out now; heres’ our Betrayer review.

Game developers are usually companies, and that’s mostly okay. But as fans, we’re occasionally left squinting in the direction of inscrutable splash screens, wondering whether that particular name means what it used to, or whether perhaps the staff who made our favourite games have long since moved on.

Monolith, for instance, are now barely recognisable as the team that made No One Lives Forever. As it turns out, that’s because they aren’t – that team has now set up shop as Blackpowder Games to work on a new project: Betrayer.

The Seattle-based indie outfit are working on an “eerie and atmospheric first-person action adventure game” for – crucial, this bit – the PC. After washing up on a Virginia shoreline in 1604, you’ll find the expected English colonists complemented by a colourless array of ghosts and ghouls, who you’ll set about dispatching with muskets, crossbows and throwing axes.

Channelling Schindler’s List / Sin City (and I never thought I’d use those two interchangeably), Betrayer will have you navigate a drained landscape in pursuit of a benevolent woman in red, who helps you in your efforts to find survivors, treasure and answers.

“We wanted to get back to crafting games more intuitively,” said creative director Craig Hubbard. “There’s a sense of discovery and excitement when you navigate by instinct rather than market research and open yourself up to opportunities that arise during development.”

Blackpowder’s newly free developmental rudder will see them release the Unreal 3 game as a Steam Early Access title in August. But you can start ogling it right now, if you’d be so good as to direct your gaze downwards. 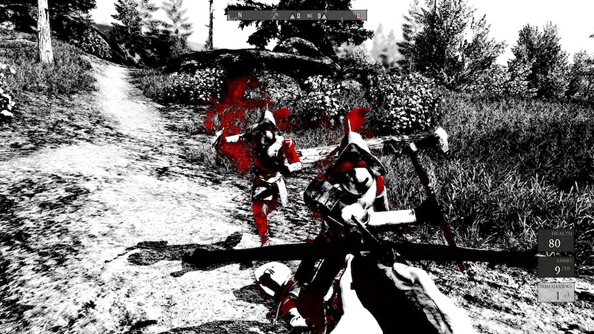 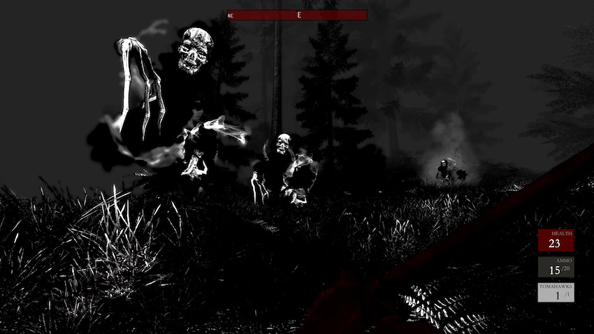 Two words, to describe both the screenshots and the project: stark contrast. Have you any of your own to add to that?