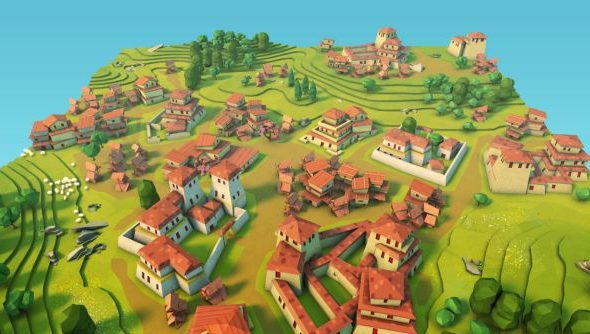 “I don’t think this model works for everything and everyone, but I do think it is a very viable model for a lot of games. And I think it’s great model for some designers, genres and platforms that don’t get the big publisher love because their type of games don’t sell 10 million copies worldwide,” wrote Roberts.

“There are a couple of other games coming towards the end of their Kickstarter campaigns that need a little help.”

The first is Godus. Roberts admits that he isn’t a fan of the genre, but doesn’t want to see 22cans’ god game fail – and it will, “without a decent end of campaign kick”.

“Which would be a shame as they have been doing everything you should in a crowd funding campaign; daily updates, taking on their community’s suggestions, showing work in progress and embracing all that is good about crowd funding,” said the Wing Commander designer.

“I think it’s great that [Peter Molyneux] is going back to his roots with GODUS and you can clearly see that his team really cares about what they’re doing.”

Roberts has known Molyneux for “many years”, and believes that the blame for his reputation of underdelivering can be placed at the feet of past publishers.

“The difference between Peter and a lot of other developers is that other developers are a lot more circumspect in public in disclosing what they’re trying to put in the game. Trust me, there are many lofty goals on most projects that never make it, Peter just is more public about his and sometimes gets caught out because of it, especially when there’s a hard date imposed by his publisher.”

The second is Elite: Dangerous, Frontier Developments’ reboot of the beloved space survival sim, and in many ways Star Citizen’s chief rival.

“I believe the world is big enough for multiple quality Space Sims,” says Roberts. “Having to compete against the Star Wars X-Wing games from Larry Holland certainly didn’t harm Wing Commander and I feel Star Citizen and Elite: Dangerous are different types / styles of games. Star Citizen is more focused on a ‘crafted’ approach to the universe – more detail, cinematic flair and more unique characters and locations whereas Elite will follow a more procedural approach which will allow it to have a much larger galaxy to explore as a lot of content will be computer generated.

“Besides wanting to see Space Sims make a comeback, I fondly remember playing the original Elite on the BBC Micro by David Braben and Ian Bell. I started my game development career around the same time David did, with my first three games all being on the BBC Micro in the UK before I moved across to the USA and joined up with Origin.

“The original Elite definitely got me thinking about just how cool it would be to blend 3D space combat that with a cinematic story to create the experience I always craved when watching Star Wars,” he concluded.

Godus’ Kickstarter is considerably closer to its target than it was yesterday, but Roberts is right – it’s going to be the closest shave Molyneux’s ever had. Have you pitched in?