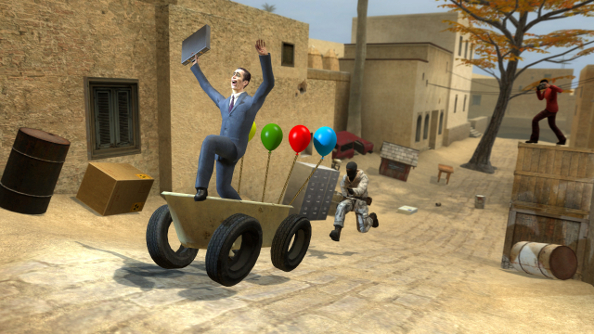 Coming in at just under two weeks since we learned Garry’s mod would be adding support of the Kinect the update is out to be tinkered with.

Yes, you can now flail your limbs about and have your favourite Valve characters flail along with you.

I warn you now, if you don’t like watching football being played by what looks like Wacky Waving Inflatable Arm Flailing Tube Men it’s five minutes of that:

The update will install automatically through Steam, and as Garry Newmansays himself, “it’s soo easy! There’s no installing custom drivers or manually placing dll’s in specific folders.. There’s just two steps..go here to find out how to get started. You canoverlay the kinect cameraby adjusting the settings that should appear on the menu screen, on the bottom right.”