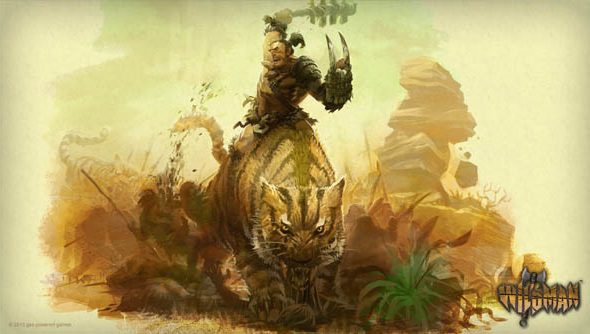 Chris Taylor’s troubled Wildman Kickstarter has been cancelled with only a few days until its original deadline, and with only $500,000 pledged of the $1.1 million goal.

The last update on the Kickstarter explains that, “At this point, it makes sense for us to focus our attention on other ways to keep Gas Powered Games running. Unfortunately, we are unable to share any specifics in public. When we have news to share, we will be posting it on our site. If you want status updates, or if you want to continue discussing Wildman and/or this Kickstarter, please consider migrating over to forums.gaspowered.com.”

This is not exactly a huge surprise. Taylor and GPG have been enormously forthright about that status of their Kickstarter and the Gas Powered’s current troubles. Taylor had admitted to concerns about whether raising the minimum amount would have given GPG enough to create the game they wanted to make, and also hinted that publicity from the Wildman campaign had spurred some renewed publisher interest.

We’ve reached out to Taylor for comment. Hopefully the conclusion of this Kickstarter campaign means that Gas Powered have found other ways to sustain their business.

{"schema":{"page":{"content":{"headline":"Gas Powered Games cancel Wildman Kickstarter to focus on other ways to save GPG","type":"news"},"user":{"loginstatus":false}}}}