Things have been getting strange in the Rust “reboot” version. That’s the experimental version where all the updates are being tested rather than the boring default one; actually it’s not that boring according to Matt in his Rust review. Weapons models, crafting, terrain, all of these things are being fiddled around with. But none of that’s important.

What is important is that there’s a glorious future ahead of us where Rust is populated with people who have lathered their cock and balls with mud. Why, you ask? Well, why not.

There’s no benefit to smearing mud all over your junk, says Garry, but it’s about player choice. In the primitive world of rust, there are no shopping centres filled with clothes shops or online retailers where you can order some underpants and a t-shirt. Clothing is improvised.

And you might want to improvise by caking your genetalia in dirt. 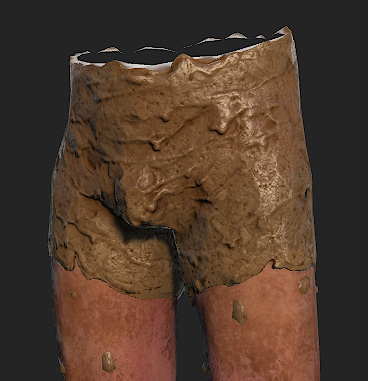 Appropriately, Facepunch has also been working on changing the face models so eyes can be closed. This will certainly help when faced with an army of muddy cocks.