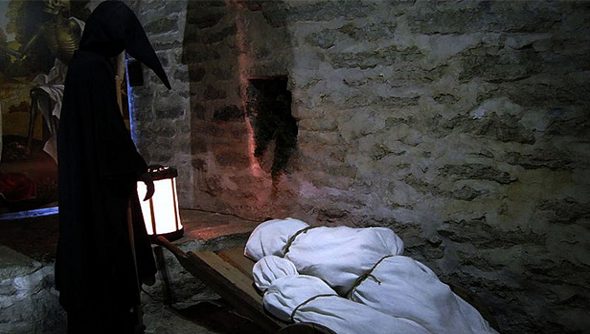 Crikey, I’m torn. Pathologic’s chilling survival trappings are intrinsically linked, at least in my mind, with its clunkiness and the hilarioulsy bad translation job that rendered the inhabitants of the cursed town gibbering buffoons. Playing it was like discovering something dusty, broken and indecipherable in someone else’s shed but still being transfixed by it.

On the other hand, a polished, modern and hopefully working version of Pathologic, the apparant goal of a Kickstarter the developer has yet to start, would be a wonderful thing. And it certainly would have an undeniable appeal for those who left the original well alone thanks to its haphazard construction.

On Russian social networking site, VK, Ice Pick Lodge revealed its plans to put together some sort of pitch video, asking folk to star in it. RPS has sprinkled some fairy dust on the post (sponsored by Google Translator) and the results are, well, quite a bit like the dialogue in Pathologic.

If you want to be in the video, all you need is a plain white sheet and to be at 7 Tverskaya Street in Moscow, Saturday at 9AM.

Knock-Knock, Ice Pick Lodge’s previous game, which is by all accounts paranoia-enducing and extremely odd, saw the light of day thanks to Kickstarter, so here’s hoping they can work their magic again. Maybe. Only if it’s good. But not too good. Oh, I’m conflicted.