After months of development the winners of this year’s Make Something Unreal contest have been chosen by a panel of five judges – NVIDIA’s Phil Wright, UKIE CEO Jo Twist, T3 man Matt Hill, the Wellcome Trust’s Iain Dodgeon and Epic’s European territory manager Mike Gamble – with a little help from one Peter Molyneux.

First place went to the Quake-inspired Epigenesis, which Gamble described as a “potential eSport”. Creators Dead Shark Triplepunch go on to receive a license to use Epic’s Unreal Engine 4, allowing them to commercially produce games with the much-vaunted future-gen tecch.

In first place, winning a commercial license for both Unreal Engine 4 and Unreal Engine 3, were Dead Shark Triplepunch with their game Epigenesis: 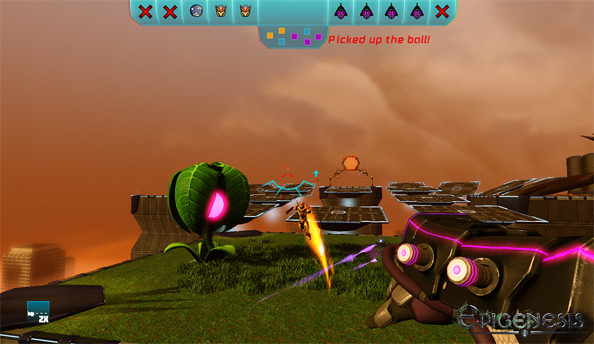 Our man on the ground, Jeremy Peel, described Epigenesis as “an abstract ballsport, played out across platforms suspended in an implied stadium. A ball drops onto the middle platform, and two teams of five compete to punt it into their opponents’ goal. That’s the idea, anyway. More often than not they’re utilising their compressed-air attack to knock other players off their feet and into the nothing that awaits below, or plummeting there themselves after a missed jump.”

In second place, earning themselves an Unreal Engine 3 license, were Kairos Games with their project Polymorph: 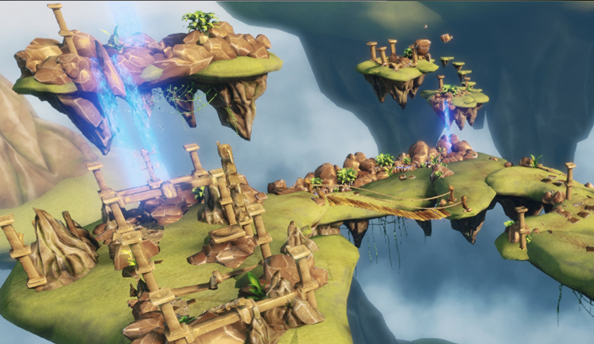 Jeremy said: “The nine-student squad formerly known as Team Polymorph are building a 3D platformer with the help of Ninja Theory and James Floyd, a statistical geneticist who in his day job attempts to identify the genome mutations of individuals with rare genetic diseases. Here, he’s consulting on the adventure of a “brave amorphous character”, who will envelop and adopt the evolutionary traits of the game world’s native species.”

Then, in third, we have Team Summit with Beings: 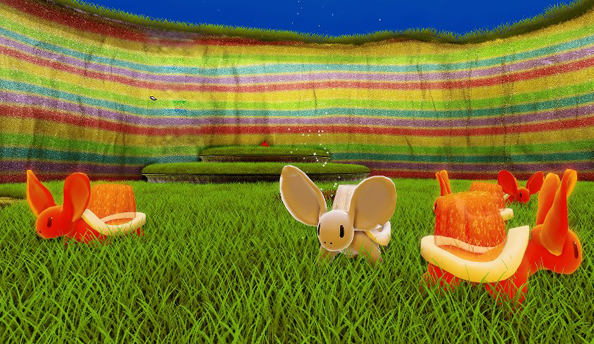 Jeremy described Beings as “very much like one Nintendo game in particular: Pikmin, the game of procreation. But where Miyamoto’s mob of protagonists are parasitic, converting their kills into comrades, Beings’ are all love and kisses. In Beings, breeding produces eggs, which the player carries to a nearby nest for hatching. The offspring of the doe-eyed woodland creature of the demo, for instance, picked up the dominant trait of its red-hued mate – flame-retardant skin. The player was then able to select a flameproof child from their roster and walk it confidently across the coals to the level’s exit.

Then, finally, in fourth, were Static Games with Mendel’s Farm: 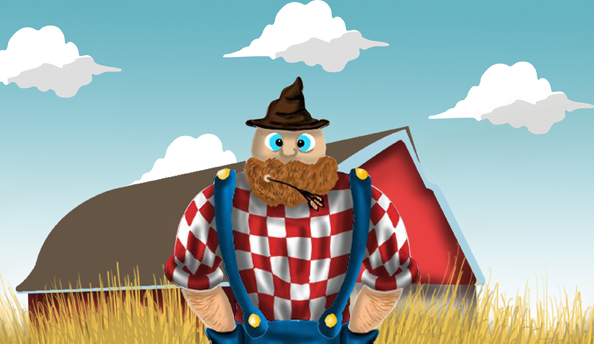 “Old man Mendel had a farm, and ran it in a manner befitting the founder of classical genetics – very badly,” wrote Jeremy. “That’s the premise of Mendel’s Farm, which sees the player step in to put the good friar’s financial affairs back in order. Thankfully, they’ll have a distinct advantage down the market – a working knowledge of the dominant and recessive genes of their livestock, and the likely effects of inter-breeding.”

Jeremy’s enjoying some after show drinks at the moment but when he’s sobered up you can expect a full report from the event. Check out his backdated coverage of the week’s developments over at the Make Something Unreal Live 2013 tab.