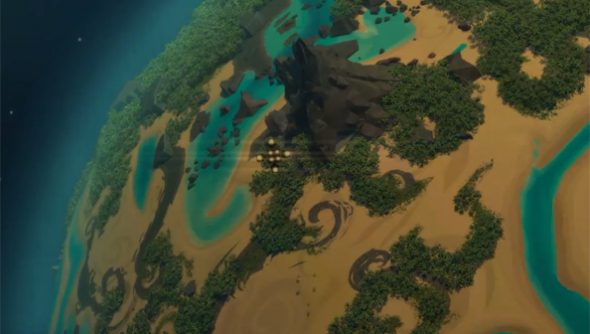 Uber Entertainment have been handing out alpha keys for Planetary Annihilation to eligible Kickstarter backers since Wednesday. They report that early access to their intergalactic RTS has since been going rather well, providing feedback that has already been fed back into the game as bugfixes and improvements.

Uber had sent out all of their keys by Saturady, and by Monday over 7000 players had connected to their servers for at least one game.

The developers have also managed to push out a number of small updates over the last few days. While they’ve avoided implementing any major changes as the alpha finds its feet, the most recent build notes list improvements to pathfinding, matchmaking and UI clarity, as well as fixes for approximately 10 different potential server crashes.

“We’re already hard at work getting the next set of features, fixes and updates ready to go, and we expect we’ll have a similarly impressive list of new things in the game by this time next week!”, write Uber on their Kickstarter page. “It’s been a great start to alpha, and we expect it to just get better from here.”

Plus! They’ve somehow found time to put together a celebratory new trailer for the alpha launch:

While the alpha isn’t technically closed to non-backers, you’ll have to pre-order either a Galactic ($90) or Cosmic ($200) edition of the game to get in. Otherwise you’ll be waiting til December for the full release, like the rest of us.

Or perhaps you’re in already? If so, tell us all about it.