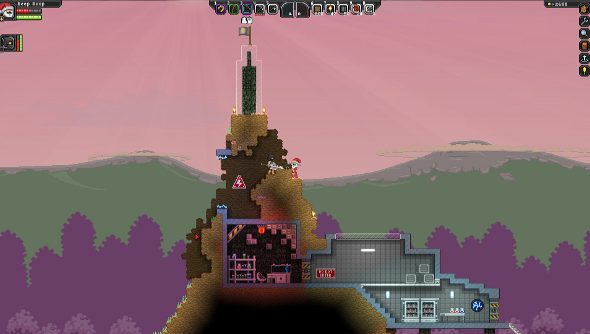 Goddamnit. I am table-flipping mad right now. Another big patch is coming to the Starbound beta, with a slew of bug fixes, a new permadeath game mode, new guns, new hats, more random encounters and possibly a few more things, but I don’t care about any of that because my beloved robot Beep Boop is going to be killed.

Worse than killed, in fact, since everyone is about to lose their characters and ships, with them being wiped from existence as if they never lived at all. Yes, this big patch brings with it the long feared character wipe, which is making me cry. Thankfully, it will be the last one, as a new save file fix will ensure that future patches leave your treasured avatars alone. Chucklefish hopes that worlds won’t need to be wiped in future, as well.

With betas, you’ve got expect these wipes, but I confess that I often entirely forget that Starbound is actually not finished yet. It’s so content rich, and I’ve been lucky enough to encounter almost no bugs and certainly no crashes, so all I can do when this happens is wait for it to rain, run outside in inappropriate clothing, and scream at the heavens.