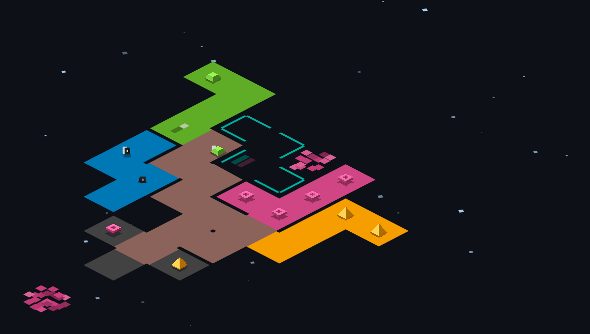 Serene strategy title rymdkapsel is finally making the leap from mobile devices to PC next month. Not just a straight port, the PC version will also feature extra content like new missions along with an extended soundtrack – all of which is a timed exclusive for PC players.

As a chap with fat, stubby fingers usually covered in bacon grease and no discernable dexterity, I don’t really go in for the whole tactile, touchscreen control set up inherent to mobile gaming, so I’m substantially chuffed to see rymdkapsel coming to a platform that doesn’t task me with smearing my digits across a screen.

Developer Grapefrukt is also, bizarrely, selling 50 rymdkapsel OSTs on casette tape for a few quid, making them a cheap but nifty collector’s item. If you grab one, you’ll also get a digital version so you can, you know, actually listen to it, in case you’re notcool a hoarderlike me and don’t have a casette player knocking around.