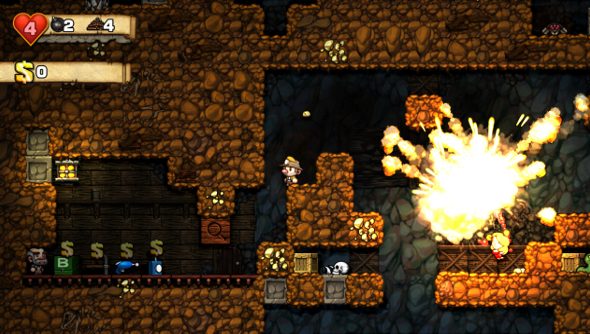 I am very bad at Spelunky. I have tried to save many, many pugs, and failed many, many times. I’ve given up. Other’s have much more perseverance, as well as coordination and skill. Three things I lack severely. That’s why the world record for the highest possible score has been broken again. You can stare in disbelief at the impressive run from YamaYamaDingDong below.

He told Kotaku what score he plans to demolish next, and it turns out that it’s his. “A realistic goal for me is 3.25 M however the highest score could go up to 3.6 (it depends how unlikely you want it to be). Ghosting olmec is much more unlikely because you need to have destroyed two altars and then destroy a third altar as early as 4-2 and drag the ball and chain/permaghost through the city of gold. Now THAT will be something to see.”