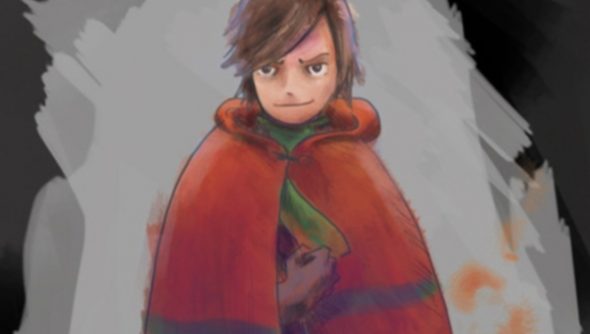 UPDATE: Oh, boo. It did lose. Stay tuned as we follow up on the status of Telepath Tactics sans Kickstarter funds.

It seems grossly negligent to have left this particular news post unwritten for so long. To finally write about Telepath Tactics now, an hour or so before the conclusion of its Kickstarter campaign. Yet Christmas happened, and here we are. Telepath Tactics is a steampunk RPG and turn-based tactics game, with a battle system that forefronts creative environmental destruction and reconstruction. Yum.

You’ll notice it’s someway short of its Kickstarter goal. It’s not likely to make up the six-and-a-half grand it needs to make the cut, and I think there are good reasons for that. One is that Telepath Tactics isn’t the most aesthetically-striking of pitches. Its 2D sprites and brown hue positively stink of indie – the kind synonymous with words like ‘unproven’ and ‘volatile’. Another is that there have been lots of games worth Kickstarting floating about asking for alms in the past month. Nevertheless, it deserves better.

Why? Stern’s talent is hardly unproven, for one thing. He curates game design blog Sinister Design, where he writes astutely on indie development, gender, and most often on the inner workings of turn-based strategy games. His talk of ‘deterministic design’ might leave you cold when dropped haphazardly into a pitch video, but RSS that bugger and you’ll soon be nodding along in sudden comprehension of games you’ve been playing all your life.

Nor is this his first Telepath game – rather his sixth. Play one of them here. Tactics will build on their sizeable achievements with extensive modding tools and the ability to fling enemies from cliff tops and call it strategy.

I get the distinct impression that the game will be made with or without its $25,500. What it won’t have is comprehensive sound design, more and better art, and a showing at PAX East.

Perhaps we can do some of that for him on the cheap. What do you think?

{"schema":{"page":{"content":{"headline":"Telepath Tactics is about to lose its Kickstarter campaign; it probably shouldn’t","type":"news"},"user":{"loginstatus":false}}}}