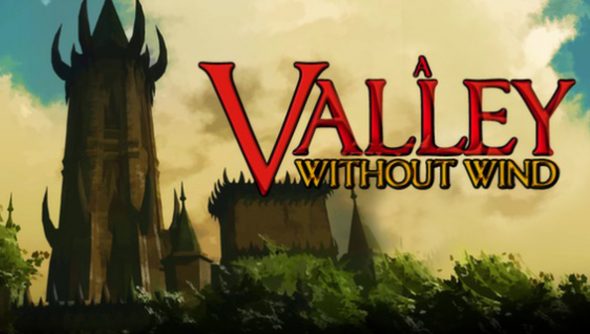 Arcen Games have been adding a new spell to A Valley Without Wind every week of late. But all was radio silence last week – Arcen’s Chris Park has been working on Shattered Haven, a project on hold since 2008 – so this gift basket comes packed to the brim to make up for it.

This week’s new spell is Water Dash, which allows for high-speed running in everyone’s favourite liquid. Upwards altitude comes as a side effect, which “lets you swim upwards at certain angles rather than having to always use crates or wooden platforms”. Handy.

Also in 1.206 is a new guardian power scroll, as well as a behind-the-scenes number dance which makes it easier to come across said scrolls in secret areas. Both this and water dash are designed to make it easier to cycle out of unwanted missions and spend more time where you want to be, which is something I suspectwe can all get behind.

Arcen have added 100 more community-made maps to the game, and have nerfed the “only works during the day/night” spell modifier so that it merely reduces effectiveness during the named period rather than prevents use entirely.

Finally, mood gifts for survivors are now easier to find. All of which seems a lot of change for a game already in the throes of an art revamp.

Arcen are planning to continually update A Valley Without Wind for another three years, public interest willing, like wotthey’ve already done with AI Wars. Boy, that lot arejust inexhaustible.