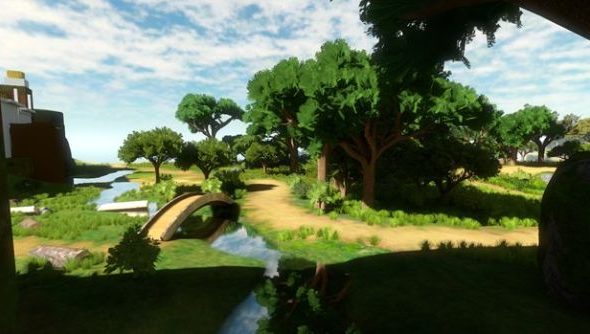 Rejoice, secretly failing games studios! The Oculus Rift has made it that much easier to feign ongoing development of your stalled projects. Simply supplement existing screenshots with exact replicas, and release them side by side to imply the implementation of virtual reality support.

Just to be clear: Jonathan Blow is far too clever and competent to do something so silly, and he certainly isn’t failing. But using only double-vision pictures, he’s managed to convince us of incoming VR support for his 3D puzzle exploration thing, The Witness.

“What could it mean??”, he asked on The Witness blog, before posting these: 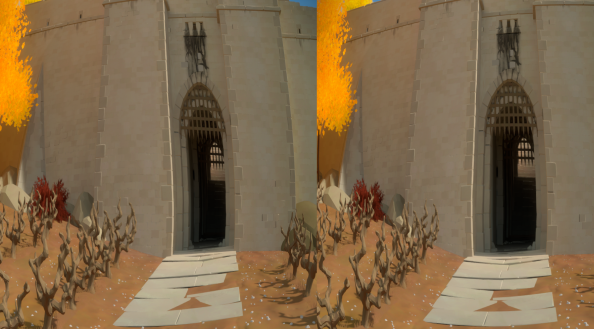 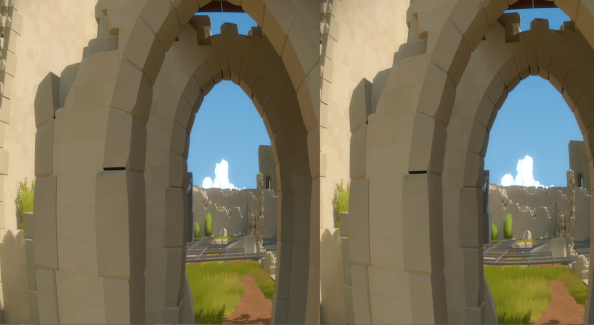 Or perhaps, as one commenter dryly suggests, “Spot the difference puzzles! I love those.”

Canny Blow must have clocked that The Witness is a perfect candidate for VR: a slow-moving, observational adventure apparently fuelled by wonder. The pace is crucial; as our Steve’s descent into The Oculus Rift Internet Show has already shown, it’s tough to find a compelling world that doesn’t induce nausea within half an hour of donning the goggles.

The Witness on PC will launch “simultaneously or close to simultaneously” alongside its PS4 version, which is due sometime early next year. It looks dead good, in a ponderous sort of way, don’t you think?