Private enterprise is one of the most important economic forces of the modern age, and yet rarely do you see its impact in the idyllic city-building game. You’ll often have nothing more than some meagre resources and a can-do attitude with which to build your shining beacon of civilisation, but these starting funds usually come free of obligations, with the only economic pressures stemming from the internal workings of your settlement.

Industries of Titan offers a bleak, corporate façade that gives everything you do an unsettling edge, as if you’re building cities with a giant, sucking void just on the edge of your vision. Titan, Saturn’s largest moon, is under the control of a vaguely ominous group called the ‘Council’, and they’re looking for people with nothing better to do than slave away in an inhospitable environment so as to enable them to exploit its riches. At least, in theory.

It’s a predictably on-the-nose vision of a hyper-corporate dystopian future, but within this context are housed some pretty neat twists on the genre that are, if nothing else, atmospheric. City-building games like to tax you in the early stages, really make you work for those high-rises, and Industries of Titan is no different.

You have some starting capital and some workers, and your corporate overlords gift you a shiny headquarters building plonked in the middle of nowhere. You’re surrounded by the ruins of civilisations past, with no clue what happened to them. Out in the darkness, vaguely defined ‘rebels’ are waiting to attack you. But before they can do that, you’ve got to have something worth taking. 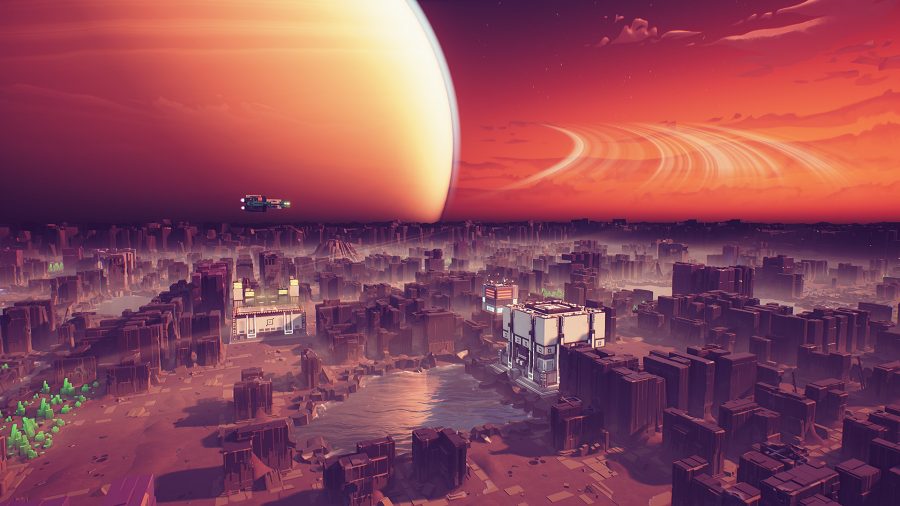 One of the cheapest buildings is the factory. Like your headquarters, factories represent one of the more innovative ideas the game brings to the table – internal space. Inside certain key buildings is a simple grid, where you can create smaller, module-sized machinery to kickstart various parts of your economy, such as mineral processing, monetisation, power generation, and even accommodation. In the early days, you won’t have the resources to build the bigger, building-sized versions of these modules, so you need to start small.

You’re surrounded by the ruins of civilisations past, with no clue what happened to them

It’s almost a throwback to the cottage industries that arose at the dawn of the industrial era, and helps evoke Industries of Titan’s ‘frontier’ feel. Scrimping and packing your factories with as much machinery – or people – as possible will let you expand outwards bit by bit.

Soon, you’ll have dedicated power plants and accommodation blocks, and your factories can then be slowly reclaimed and retooled for a more dedicated purpose, like scaling up production, or simple storage. This shifting from a factory-based settlement to a more multi-purpose town is a fascinating twist on the natural forward planning that all city builders evoke, and it requires careful management as you retool parts of your economy. 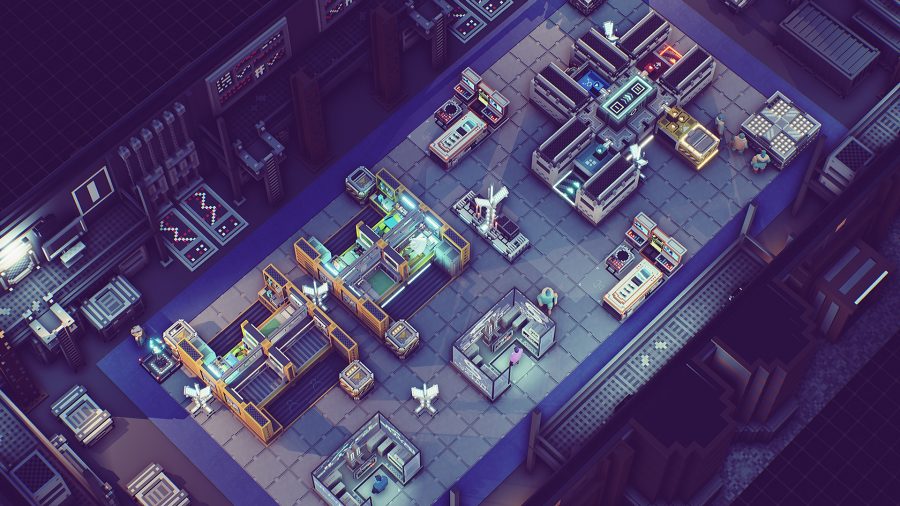 This internal space mechanic has also been applied to the battleships you’ll use to defend yourself from rebels when they come knocking. Turrets provide a passive defence, but battleships enable you to hunt down the rebel camps and ‘solve’ the problem for good.

The challenges Industries of Titan throws at you are unexpected as well. For example, it’s weirdly hard to earn money, and in those early stages you’re in a race to try and get self-sufficient before your initial cash reserves fail. A surprisingly complex web of dependencies means any kind of expansion needs careful planning, not to mention waste management. There’s always poo everywhere.

I was originally surprised to hear that the developers were going to keep Industries of Titan in Steam Early Access for at least another year, despite having spent just as long on the Epic Games Store already. But Brace Yourself Games has big plans – as evidenced by the game’s roadmap – and there are things that can be improved. 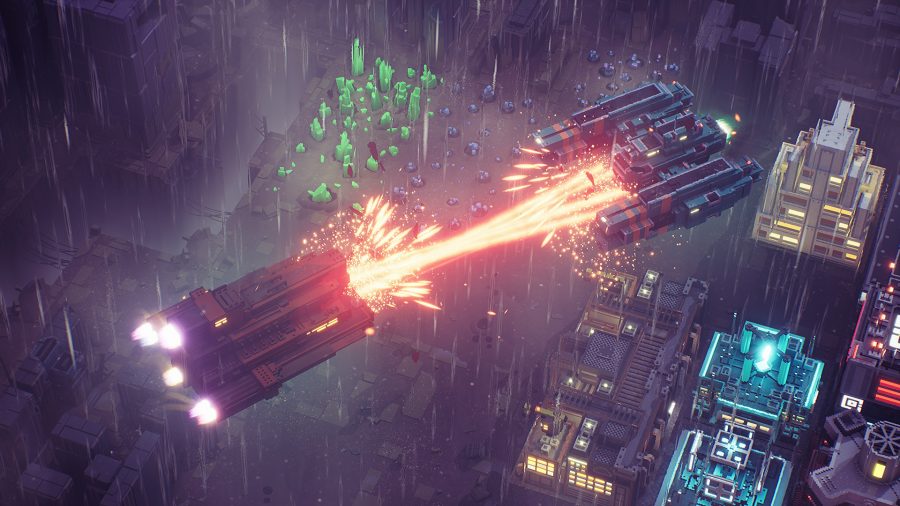 Despite the lore and the reminders that you exist because the Council allows it, your colony doesn’t seem to have any obligations to its new corporate overlords other than ‘don’t fail’, at least in the early phases of the game. The devs say they want to work on world building, especially in the wider universe within which this little snippet exists. Other than to say ‘I did it’, there’s also not much incentive to perpetuate your colony’s growth, though this is a problem common to many city builders.

But Brace Yourself Games’ early priorities are focussed on replayability and giving people a reason to come back. The roadmap also mentions something about ‘Factories 2.0’, and there seem to be plenty of other ideas on the game’s current development path. Hopefully Industries of Titan doesn’t take too long to unleash itself on the world – it’s fine to take your time, but without a big splash the game runs the risk of slowly iterating itself into oblivion.

Industries of Titan is out now on PC in early access via Steam and the Epic Games Store.