Spooky month is upon us, so according to tradition it’s time for obscure slasher movie marathons, ghoulish Twitter usernames, and pumpkin spice foisted upon all of your food and drink favourites. God help us all.

In the game industry this loosely translates to browsing list features about the best horror games – oh look at that, we’ve got one, too – and spending more trying to choose which middling ’00s splatterfest to replay than you’ll actually spend playing it. Of course you could try a new game instead, perhaps a shiny upcoming indie game? We’ve been spelunking in the depths of Steam’s upcoming releases tab to plunder Lovecraftian first-person shooters with comic book visuals, pictorial point-and-click adventure games, hack-and-slash mech games, deck-building roguelikes about ritual sacrifice, and much more.

We’ve cast the net far and wide, so there’s a little something for everyone here. Similarly, none of our picks are themed around Halloween, but you’ll still find plenty of horror inflected indies on this list in case you’re looking for something seasonal.

Oh, and if one catches your eye then head to its Steam store page where you can wishlist it or follow for future announcements. 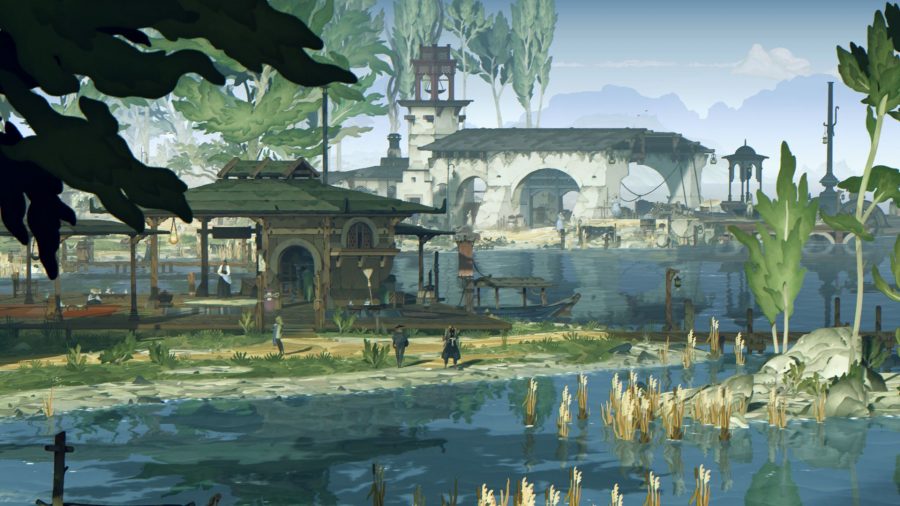 You might recognise this one from a previous monthly roundup – there have been a few delays – but it’s finally entered Early Access. Book of Travels is billed as a TMORPG, which stands for tiny multiplayer online roleplaying game. Its goal is to create a beautiful, painterly world that players are free to explore and roleplay in, without guiding them with massive quests or essential loot to grind for.

Mountaineers, tea drinkers, gamblers, cartographers, and all in-between are welcome, and while there is combat, it’s far from the focus. The world of Braided Shore is massive and player limits for each server are small – the intention is that when you cross paths with another player, the interaction will be meaningful and memorable. There might be skills you can share or remote regions that are easier to explore with a friend, but cooperation and companionship are always the main goals. You can check out Book of Travels here. 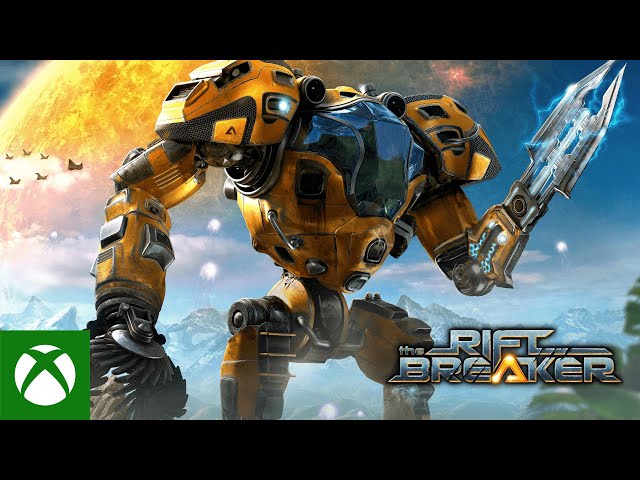 Mixing together mechanics from base builders, survival games, and action-RPGs, The Riftbreaker is shaping up to be the Pacific Rim game of our dreams. We checked it out during the recent Steam Next Fest, and as that list of genres suggests, it’s moreish stuff.

The world and art styles are vibrant, and there’s an engrossing economic loop that drives each mission forward as you hunt for resources, automate processes, and upgrade your base. But the real draw is customising your mech and fighting back waves of bug-like aliens. The combat system is relatively basic – The Riftbeaker feels more like a Gauntlet-inspired hack-and-slash game than Diablo – but every swing of your mech’s enormous arms conveys a real sense of weight and momentum, splatting whatever it comes into contact with. You can check out The Riftbreaker here. 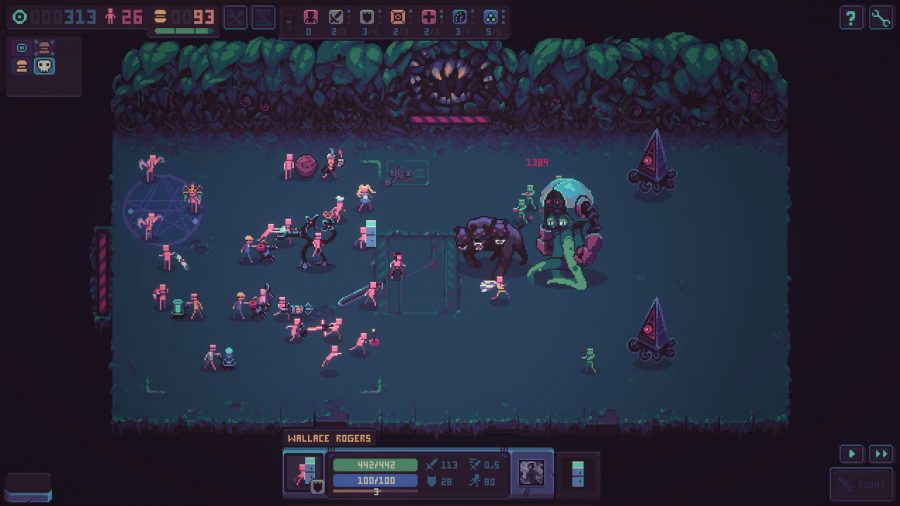 We’ve played Despot’s Game in both of the last two Steam Next Fest events, and it’s impressed each time with its blend of hands-off combat and roguelike progression. The premise is simple: you awake in a terrifying, maze-like dungeon full of robots, zombies, ninjas, eldritch horrors, and various other monstrosities, and you’ve got to gather up survivors and battle your way out.

Every time you enter a new room you can purchase and sell fighters, change their loadouts, and arrange them around the battlefield as you see fit, but as soon as the fight begins you’re a bystander. It’s got some of the gladiatorial glee of games like Totally Accurate Battle Simulator, where much of the joy comes from watching your peons duke it out on your behalf, but its punishing roguelike progression provides the hook that’ll have you returning time and time again. You can check out Despot’s Game here. 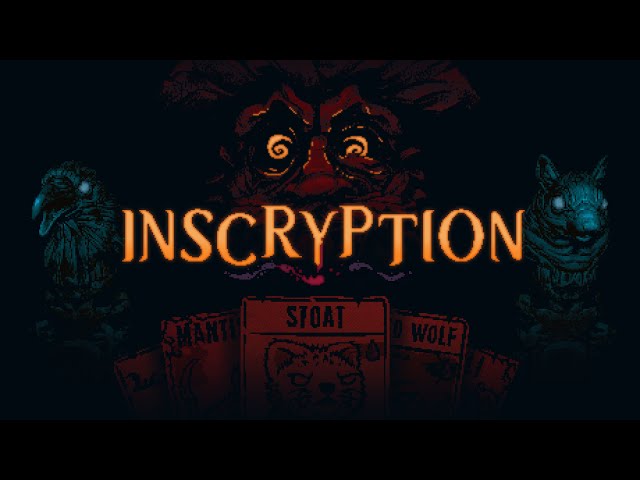 This roguelike deck builder sees you sacrificing cute woodland critters to play your more powerful cards. You might start a round with a carnivore like a wolf or stoat in your hand, which costs a certain amount of blood to place down. You have a few options when it comes to getting blood: you can draw from an endless pile of disposable squirrels that can be claimed and sacrificed for free; slaughter weaker animals in your hand like bats and sparrows; or place support creatures like the cat, whose nine lives lets you sacrifice them multiple times over the course of a game.

Complimenting the dark and macabre tone is Inscryption’s spooky presentation, which teases and toys with your expectations. Whoever you’re playing against won’t stray from their shadowy corner, the narrator’s voice is a garbled cacophony of reverb and electrical disturbances, and your cards will talk to you. Especially when you sacrifice them. You can check out Inscryption here. 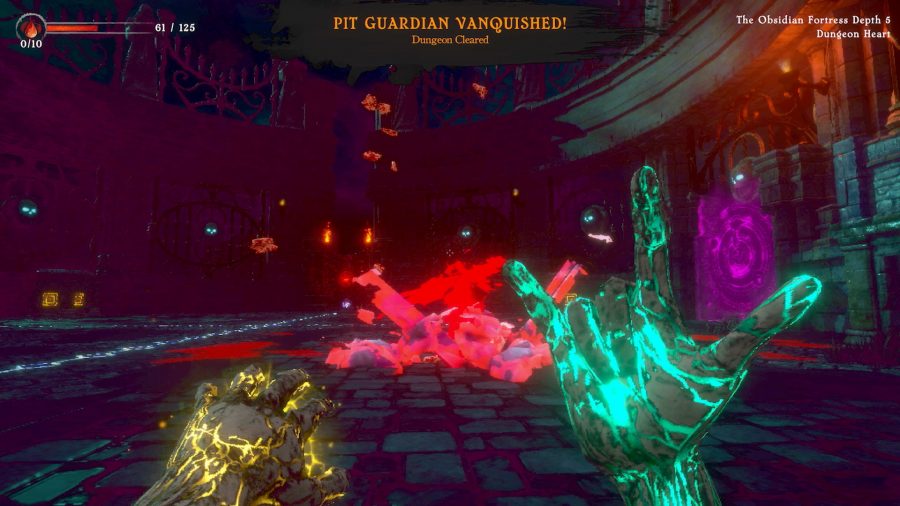 With a game name that sounds like something you’d hear in the throes of a Slayer gig, Into the Pit appeals to us at a deep level. Better still, it’s a retro FPS that’s clearly inspired by one of the all-time greats, Hexen, so your arsenal is made up of spells rather than sawn-offs or nail guns. Unlike Hexen, the art style has a vaporwave twist, so while all of the architecture and enemies are gothic, Into the Pit’s aesthetic is unlike anything I’ve seen.

Sticking with the apparent theme of this month’s indie roundup, Into the Pit is also a roguelike, so every time you clear out a cathedral courtyard or demonic portal you’ll add another powerful spell to your loadout. You can check out Into the Pit here. 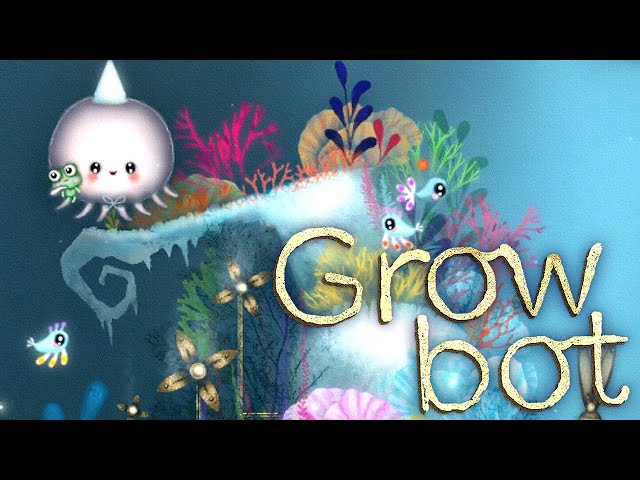 This picturesque point-and-click adventure game has been doing the rounds at gaming conventions for over a year now, so it’s great to see it nearing launch. Your job in Growbot’s biopunk world is to roam around a space station fixing various contraptions and getting to know a cast of furry, friendly creatures.

The music is beautiful, the art nothing short of jaw-dropping, and the blend of adventure and puzzle-solving looks like the perfect gameplay pairing for this wistful tale. You can check out Growbot here. 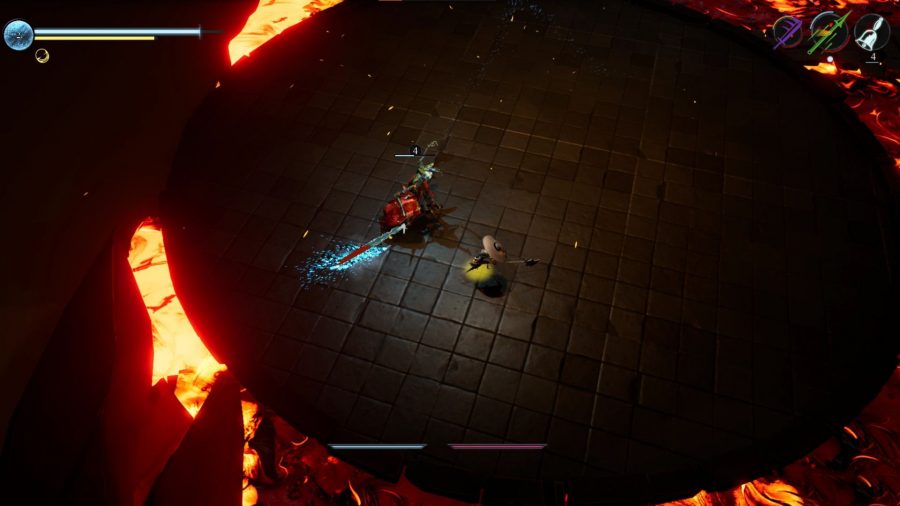 We checked out this isometric Soulslike in June and immediately fell in love with its combat, which marries the punishing level design and tense one-on-one duels of Souslbourne games, with the isometric perspective and proc-heavy builds of an action-RPG.

The world is eerily beautiful, too. Each zone is separated from the next by a sea of sand, which you can explore with your very own sandship. The only area we’ve played in is a fairly run-of-the-mill cathedral region, which is packed with Dark Souls references, but there are intricate clockwork towers and grotesque, intestinal cave systems awaiting you in the full release. You can check out Sands of Aura here. 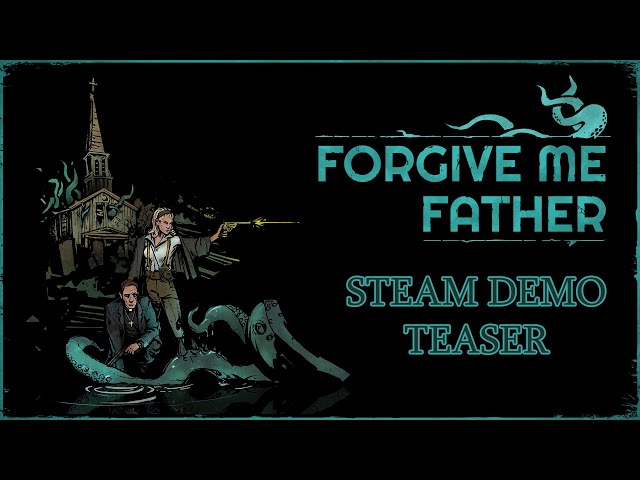 From its crisp comic book visuals and Outlaws-style gunplay, to its eldritch enemies and perpetually drizzly world, Forgive me Father is a feast for the eyes. Unlike so many retro FPS games in recent years, there’s no attempt to recreate the muddy graphics from ’90s gaming mainstays here; instead you’ll find animations and illustrations so detailed that any screenshot could be pasted right into the pages of a comic book.

As well as double-barrel shotguns and six-shooters, you’ll unlock upgrades and holy scripture to assist you against waves of undead and occultists. And this being a Lovecraftian world there’s also a sanity system, although we don’t know exactly what it does just yet. You can check out Forgive Me Father here. 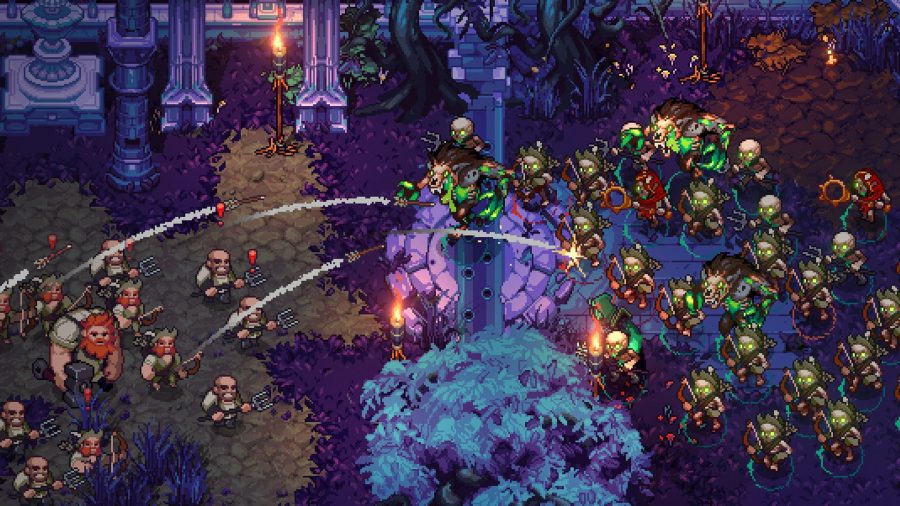 Playing as a necromancer, your job in The Unliving is not only to roam around slaying mortals and burning their villages to the ground, but also to resurrect those very same villagers and recruit them into your horde of shambling, festering monstrosities. Kind of like Pikmin, but with much, much more pus and bile.

As you slay your way through levels you’ll encounter increasingly strong armies that only you, the necromancer, can effectively take on, and in order to cast some of your most devastating spells you’ll need to sacrifice a few minions. There’s a smart balancing act at the heart of every battle in The Unliving, and to succeed you’ll need to strike a balance between having a powerful army and being able to unleash your own devastating  abilities. You can check out The Unliving here.