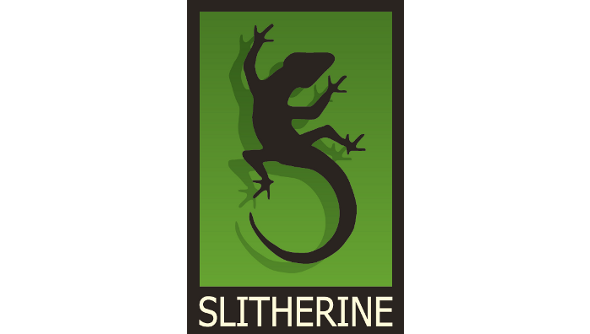 If you conjure up the image of a CEO, you’d be hard pressed to fit JD McNeil into that mold. As the CEO of Slitherine, he oversees the 120 developers under Slitherine’s wing. His knowledge of the wargame genre is great, and he knows exactly how popular it is and how well each game does – not that he’d share exact numbers with a journalist, even after a few beers.

Beneath the jokes, though, he’s a shrewd businessman who has seen Slitherine go from strength to strength, and somehow he finds the time to be a magistrate in England. Maybe that’s why he’s able to listen to me jabbering on about Twitch – something Slitherine is only just exploring. He listens and analyses, looking to grow the publisher in ways that makes sense.

McNeil is intensely proud of where Slitherine is at: one of the dominant publishers in wargaming with a constantly growing customer base. And that security makes him shoot straight from the hip. From the outside, wargames might seem peripheral, but McNeil is always looking at where the strategy genre and, more generally, the PC market is going. 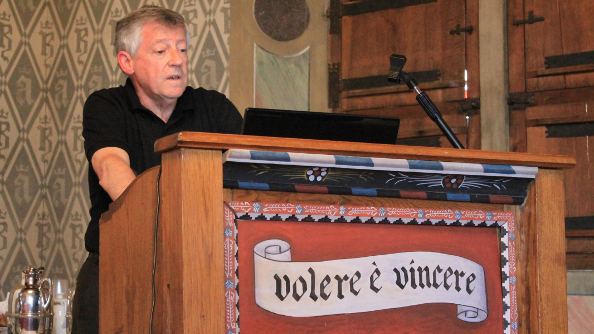 Matrix Games, which started around the same time as Slitherine, and has since merged with it, was one of the first developers to go digital. Slitherine, on the other hand, stuck by retail longer. Even now, there’s a retail market for its games in Germany, but it is shrinking. The merging of Matrix and Slitherine, though, was a sign of change.

“Retail will be dead in three years,” says McNeil. “It’s almost dead already.” Yes, of course it is, you might say. It’s been dead or at the very least rapidly dying for some time. But there’s a divide between PC and wargaming and their consumer bases. Sure, wargames feature more prominently on PC than any other platform beyond board games, but McNeil says the players are very different.

I think he might be right. Over a quarter of Slitherine’s customers still want boxed games, even if they want to be able to purchase them online. Full colour manuals, physical media, something for your shelf – these are things that already seem dead and gone in the PC market, but not quite in wargaming.

McNeil says that Slitherine’s output is “unique games, targeted at a unique audience that’s often misunderstood.” The grognards. They are, according to Slitherine, male, aged 30 to 60, affluent and well-educated. And Slitherine isn’t necessarily looking to change its demographic; though McNeil is certainly happy to entertain discussion on the subject. 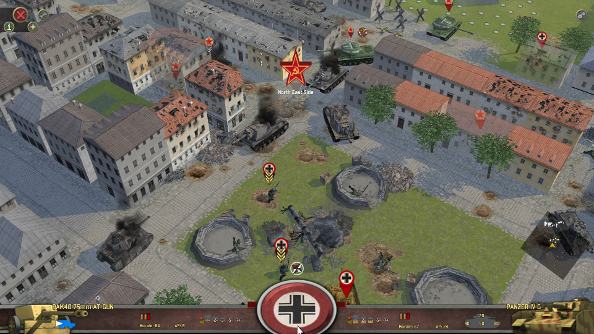 At a conference the day before, McNeil and his colleagues were asked by a Twitch viewer what they thought they could do to encourage greater diversity in their consumer base, particularly women. It’s a tough question for a wargaming publisher, because while half of gamers are women, that isn’t the case with wargames. That doesn’t mean it should stay that way, though, and McNeil, along with his fellows, were certainly open to suggestions. Twitch is one way that Slitherine is looking to reach out more. The streamed conference was the first time that the platform was used by them, but it’s something that could become a more frequent occurrence, just as it has with probably the only real competitor that Slitherine has: Paradox.

“But the games, first and foremost, have to appeal to our target audience,” McNeil tells me. Slitherine’s first use of Twitch was directed at the publisher’s traditional audience rather than opening wargaming up to a broader demographic. But developer Let’s Play-style content and other streams could do both.

And while Slitherine is very focused on its existing audience, that audience is large, even if it’s niche. It’s not all World War 2 wargames, though that certainly remains the most popular setting. McNeil mentions Space Program Manager, a management sim where players are put in charge of a space agency, and Qvadriga, a Roman chariot racing and management game as examples of titles that still appeal to Slitherine’s core audience. But they are distinct – different from each other just as they are from the likes of Panzer Corp or Close Combat.

And Slitherine’s dabbling in fantasy, too. Lordz Games Studio is working on the fantasy grand strategy title, Sovereignty. Elves, dwarfs, magic – it’s all there, but McNeil is adamant that this is still targeted at the company’s traditional playerbase. “Does that appeal to our audience? Yes it does, because the wargaming audience is a very broad church. You’ve got guys who play Napoleonic, but wouldn’t touch World War 2 if you paid them. You’ve got guys who play ancient battles in the ancient world that aren’t interested in World War 2.”

While Slitherine might dabble more with Twitch and keep producing games with a diverse range of settings and mechanics, McNeil doesn’t feel the need to make large, sweeping changes in the face of the PC gaming industry’s growth. Though it’s been exceeding predictions, and the likes of World of Tanks, League of Legends and eSports as well as the vast swathe of indie games make it seem like we’re in some kind of PC renaissance, McNeil says that there’s been no such massive change in his section of the industry.

“If I were to share with you our data, which I wouldn’t, we have seen a pretty straight-line graph of growth in our PC products. It’s not been a renaissance, it’s been constant. Our audience is very stable. But when we took over Matrix in 2010, that was a huge leap in growth for us. Organic growth can only take you so far. In terms of the digital downloads side of things, Matrix was far, far bigger than us; we were retail.”

But there is one place that McNeil does see room for change: UIs. Slitherine has been making moves into the tablet market, porting games over or producing multiplatform – PC and tablet – games. That’s inspired a different approach to the UI, one that stops it from being a barrier to entry, and it informs the way that PC titles are being developed as well. “When we’re building a game now, and we know that it’s going to be built on Unity and we know it’s going to be on tablet, that absolutely is going to be a consideration on how the UI is going to be built from day one.”

Slitherine still does a bit of retail trade, but with the merging of Slitherine and Matrix, the focus has shifted almost entirely to digital. But it’s not a move absent a bit of discomfort. The pre-existing distribution platforms and online stores have problematic models for a company with products that have higher than average prices, usually absent discounts.

“A distribution platform like Gamersgate, Greenmangaming, any number of those, they are effectively – now – retail,” says McNeil. They’re a shop. People go to the shop, online, and buy the product. The developer gives them a finished product, and they do nothing at all. They get the product from the developer in the state its in: if it’s broken, if it doesn’t work… they sell it. It’s a shop.” He calls them “21st Century corner shops”. Like grocers for games.

It’s a problem for developers, McNeil believes. “The only way a developer can get any recognition on that platform is to go into a hugely discounted sale price… who’s good is that for?”

It’s for the distributors good, he says. “If it sells at $10 or $5 or $100, it’s all margins.” The only solution, he thinks, is for developers to just say no, and refuse to reduce the price. Slitherine doesn’t do these types of discounts, which McNeil says means that customers won’t wait until the price is low to buy a product; that probably won’t happen.

Distant Worlds: Universe and Close Combat – Gateway to Caen recently appeared on Steam; both are published by Slitherine. “[Steam] is such a gorilla in the playground that you’d be nuts to go anywhere else,” McNeil admits. But he sees that changing. “As Steam grows in size and it becomes easier to get on there it’s going to become like the App Store.” It will become a giant mess of games competing with each other, with few ways to get any recognition.

Perhaps Slitherine will create a new digital distribution platform. It’s something McNeil is considering, but probably won’t be in-house, unlike Steam. Such ideas are not set in stone, though, and McNeil is hesitant to tell me too much about it. “Anyone saying they have a five year plan is talking out of the back of his neck,” he jokes.

Despite this, he’s still pondering Slitherine’s future. It merged with Matrix games, has gathered a vast array of wargame and strategy developers, is moving into tablet development – often in tandem with PC – and is going even further into digital distribution – so what’s next?

“There aren’t too many competitors that we could take over. There is nothing really left out there, so where will that growth come from?” McNeil asks. He thinks he has an answer. “It may be that we have to diversify out of our comfort zone. Will we ever do that? I can’t say yet and I can’t say no. It’ll come down to opportunity. We’re not going to start a business in another field. The success that we have is because we’re specialists, and to create that in a different field would be very difficult.”

It doesn’t sound like Slitherine is going to stand still, though.