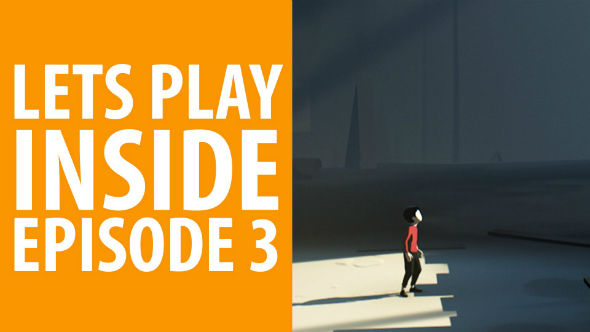 One of the most interesting – and brutal – PC indie releases this summer is Inside, from Limbo creators Playdead. Seduced by its ‘slightly more colours than Limbo’ aesthetic and silky-smooth platforming, we decided to play it through and let you watch us, if that’s your thing. The fast-growing PCGamesN YouTube channel has already seen Joel and Phil get puzzled by puzzles and face moral crises involving adorable baby chicks, and in episode three things get trickier still. The puzzles more puzzling, the dogs more determined to sink their teeth in. Lovely game.

You can also watch Tim and Phil play through boat-building game The Last Leviathan if water’s more your thing.

You can catch up with previous episodes below, if you haven’t already watched our intrepid duo guide the nameless little boy to safety across all manner of hellish obstacles. Their ability to stave off canine murder attempts gets quite a lot better as they go on.

In episode two, Joel still hasn’t got over the chicks encountered in episode one. In fact, they still haunt him so much that he now thinks pigs are cows [Ed: Some of them ARE cows. I think…]. The pair also face the game’s most complex puzzle yet, in which it’s very easy to overthink the solution – but, as always, they’re triumphant.

If you missed the debut episode, you can see Phil and Joel struggle with their morals as they wrestle with the possibility of being responsible for the lives of some virtual chicks. They also try no to be eaten by dogs and drowned by masked men. It’s lovely stuff…