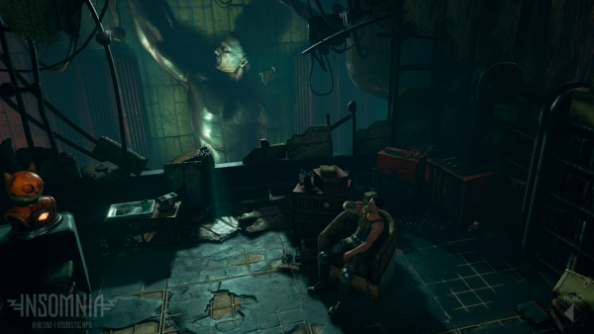 RPGs are the extreme metal of videogames. Not because they share common themes of swords and savagery, but because the genre terminology can sometimes run away from you – even as you try to clear up the confusion. Take InSomnia, for instance, first pitched as a ‘dieselpunk’ RPG.

Like space games, do you? We’ve plenty in that vein to recommend.

“When we started we felt that dieselpunk is the closest way to describe it,” says Guyduk Anatoliy, by way of attempted explanation. “Now it’s a fusion of dieselpunk but also retro-futurism, art deco, atompunk and teslapunk.”

Perhaps it’s better to describe where InSomnia is. It’s set on a huge interstellar ark, Object 6, which the last members of a doomed civilisation boarded to escape a terrible war. Unfortunately whatever bloodthirsty instincts they had on their homeworld followed them, and in the 400 years Object 6 has been hurtling through space, its inhabitants have turned on one another. The player enters a semi-deserted mobile metropolis and is free to wander, engaging with the factions (and, when conversation breaks down, in real-time combat).

Every wall of Insomnia studio Mono’s office, in Samara, Russia, is covered with photographs dating back to the two world wars. Though their RPG isn’t set on Earth, it is about people, and their mistakes.

“Humankind has made lots of mistakes throughout its history and many characters and situations you will face actually have [analogues] in real life history and geography,” Anatoliy explains.

The ‘Last War’ that precipitates Object 6’s journey is “partly a projection of something that could happen to us” – and once on board, civilisation’s grim tendency towards totalitarianism rears its head. As a player, you’ll be deciding whether or not you’re happy to live inside the confines set by the ship’s regimes, and how far you’re willing to compromise your own humanity.

“It will be very difficult to make the right choice,” says Anatoliy. “There will be an opportunity to spill as little blood as possible, however it won’t be easy. Reaching [the] status of the ‘hero of the wastes’, with everyone smiling to each other by the end of the game, will be a hard goal.”

There are plans for several factions in the finished game – each with their own social structures and ideologies. Each will react differently to player actions.

“Staying neutral is a way to be, but it doesn’t mean everyone around you will be happy with that,” warns Anatoliy. 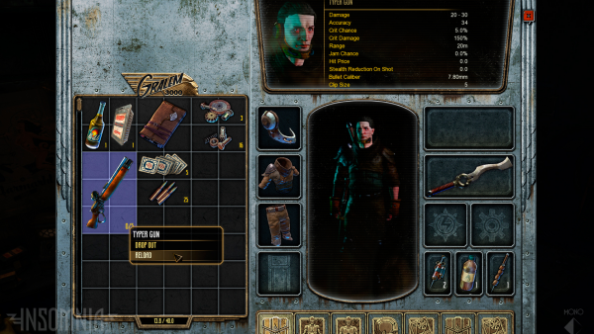 Mono have baked plenty of ‘points of no return’ into InSomnia’s choice-heavy story. But unlike, say, CD Projekt RED, who tend to reveal the outcomes of major player decisions hours down the line, they won’t take any measures to discourage save-scumming.

“It’s a style of game that gives you an opportunity to choose the way you want to play,” Anatoliy argues. “If a player wants to pick another way, why not?”

Often, deliberately or not, diplomacy breaks down. Although InSomnia bears close resemblance to ‘90s RPGs with turn-based or pausable combat systems like Fallout and Planescape: Torment, its own fighting plays out in hands-on real-time. Shooting involves headshots, overheating and jammed guns, while close combat concerns light and heavy attacks, charging and blocking.

“Blocking a two-handed hammer with a knife would be a bad idea,” says Anatoliy. 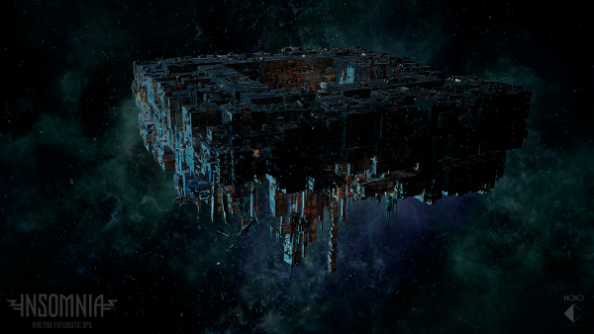 Much of this is visible in InSomnia’s prologue chapter, released as part of their current crowdfunding campaign. It’s actually Mono’s second Kickstarter, after a successful initial bid that left the project $92,268 better off. They say it was no easy decision to return to crowdfunding, but are now asking for a further £55,000 after an engine swap. The studio switched from Ogre 3D to Unreal Engine 4, and believe the visual and performance gains were more than worth it.

“The biggest lesson that we took away from the last campaign was how to communicate,” recalls Anatoliy. “A game is nothing without its community and the members of ours are so incredibly passionate, vocal and critical about what we’re doing.”

Feedback on the prologue is now yielding “dramatic” changes in animation, UI, levelling and random encounters.

“The key foundations of the game are in place, so now it’s a case of putting up the walls, roof, windows and doors,” says Anatoliy. 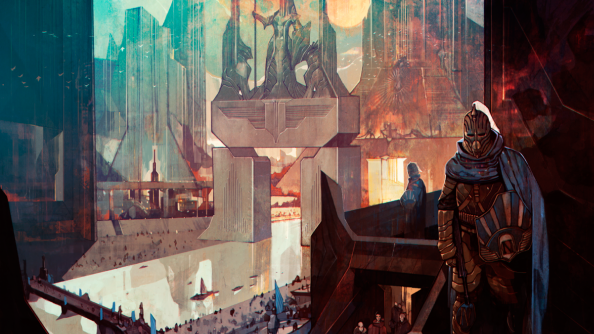 At the time of writing, it looks like Mono might just get their £55,000. Evidently, something in InSomnia’s setting and isometric perspective triggers fond memories for its backers, old and new. Although, of course, it turns out my terminology is way off there as well.

“InSomnia is not really an isometric game,” Anitoliy begins. “It’s a perspective with 75% camera angle…”

You can find InSomnia on Kickstarter. Unreal Engine 4 development is now free.

In this sponsored series, we’re looking at how game developers are taking advantage of Unreal Engine 4 to create a new generation of PC games. With thanks to Epic Games and Studio Mono.