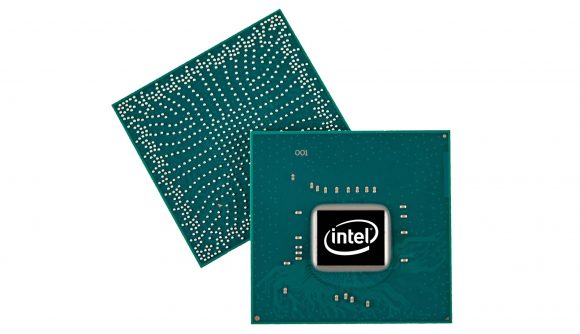 Intel is rumoured to be launching a B365 chipset to either sit alongside, or totally replace, its current 300-series B360 motherboards. Driver documents straight from the source suggest a new chipset is on the books for Intel, and Occam’s Razor would have us believe it would be built on the 22nm process node to free up what little spare 14nm production Intel has.

Intel’s B360 desktop chipset sits right in the middle of the product stack between the Z370 and H310. While chipsets have historically trailed CPU production nodes by a generation, all of the 300-series boards, bar Z370, are built upon 14nm. Intel has shown a willingness in the past to knock these boards back to the 22nm age if need be, however.

The entry-level H310 has already been cloned back to the 22nm process with the H310C chipset, confirmed earlier in the year. There’s no confirmation as of yet that Intel will be opting for 22nm with the heavily rumoured B365, but it makes complete sense considering earlier reports that Intel would be cutting B360 boards in their entirety by the end of the year due to supply constraints.

These supply constraints are well-reported, even by Intel, but the long and short of it is that heavy delays to the 10nm roadmap have caused a pile-up on 14nm, leaving Intel with little choice but to prioritise high-priority products over others. Even desktop CPUs shipments have reportedly been cut to make way for server and mobile processors. 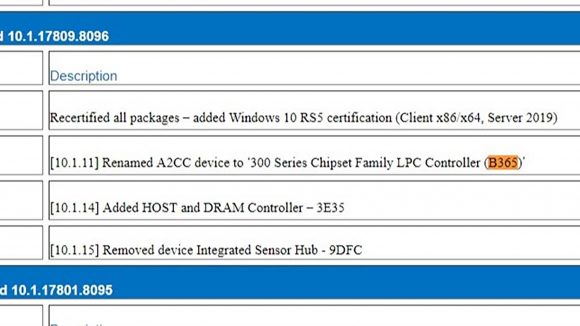 B365, ostensibly a B250 Kaby Lake PCH in disguise, would therefore fill a potential void in the market left by Intel’s inability to produce enough B360 chips to meet demand. The consumer would hardly notice the difference – 14nm makes no real-world difference to feature set or performance at this point – but it would free up a little extra capacity to shift elsewhere.

VideoCardz has also hinted at the existence of an Asus Prime B365M-A motherboard in the works, lending further credence to an incoming chipset lineup change.

Intel has shown a willingness, albeit coerced, to chop and change its lineup to combat demand shortages in recent months. Bob Swan confirmed at the Credit Suisse 22nd TMT conference that Xeon will be taking precedence over “small core and particularly products going into out IoTG business”, and it wouldn’t be ludicrous to assume performance-agnostic chipsets are also on the cutting room floor.