Intel Comet Lake CPUs and AMD Navi GPUs have been given ‘preliminary support’ in the latest AIDA64 Extreme update. The latest stable build for the benchmarking and diagnostic software, version 6.00.5100, has been released today, with some interesting new faces being added into the app’s release notes.

This doesn’t necessarily mean AIDA64 has any particular early access to either Intel or AMD’s next-generation PC hardware, but does indicate that both are inching ever closer. When the different diagnostic software companies starts to prep their apps for a new generation of tech you can be fairly sure that they’ll be coming relatively soon.

We’ve had some early warning of the AMD Navi GPU’s potential release date, with CEO, Dr. Lisa Su, providing a Q3 launch window and its graphics card partners then zero-ing in on the oft-rumoured July 7 release date. But if Intel’s Comet Lake CPUs are also getting tacit support from AIDA64 they can’t be too far away now either, and potentially a lot closer than we previously thought.

The Comet Lake processors represent the next generation of CPUs to come out of the Intel skunkworks. Though when I say ‘next generation’ I of course mean another respin of the same 14nm++++++++++++++++++++++++ Core architecture we’ve seen iterated upon for the past few millennia.

Yes, despite Intel finally getting its act together producing actual 10nm processors they’re only being used for laptops as that’s the only place they make sense. On the desktop the 14nm node is still the best option for Intel in terms of a price/performance ratio. 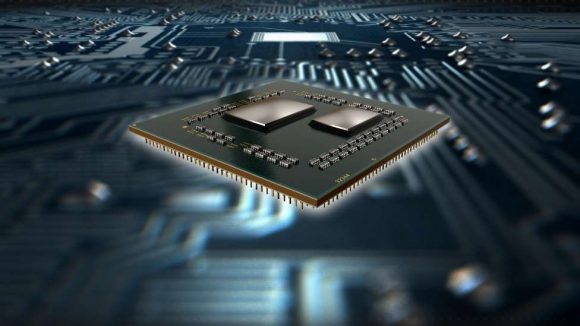 But these are the chips that Intel needs to go head-to-head with AMD’s upcoming Ryzen 3000 processors. Those new 7nm Zen 2-based chips are set for a launch around the same time as the Navi GPUs, potentially even sharing the same July 7 release date.

AMD’s big thing is going to be the fact the revolutionary chiplet design will allow it to create mainstream processors with up to 16 cores and 32 threads, though it’s possible the first of its high-end chips will come in at 12 cores to start with.

Intel then has to continue trying to up the core count of its own processors, and so the Comet Lake range is rumoured to start with a 10-core/20-thread CPU as its flagship chip. Intel will hope that its traditional single core performance lead stays intact once the Ryzen 3000 CPUs launch, because if it falls behind in both core count and in straight line processing pace Intel is in trouble.

Basically Intel is in trouble.