The end of Intel and Micron’s recently shaky memory partnership has been announced. The companies, which paired up over a decade ago to create a joint venture into flash memory, have now announced the romance is completely over once the second generation of their 3D XPoint memory is out the door.

3D XPoint is an extremely low-latency alternative to NAND flash memory that differs in how it functions to your usual storage architecture. Instead of targeting purely speedy storage, Intel and Micron have been targeting client and server applications with the performance needs lying somewhere between SSDs and DRAM memory – such is the way with Intel’s impressive lithe Optane drives.

Here are the best SSDs for gaming that money can buy.

When we first reported on the split it looked like they were keeping joint custody of the new memory but, as the latest update confirms, development of the second generation 3D XPoint is on course to be completed by sometime in the first half of 2019. After that point, both companies will independently develop their own 3D XPoint products… but still use the same fab to make them.

Like a once-beloved timeshare between estranged spouses, Intel and Micron will both continue to utilise the joint facility in Lehi, Utah, in which the love affair first bloomed. The break will allow both companies to “optimise the technology” for their own product roadmaps and tailor the products to their own customers (and shareholders’ needs). 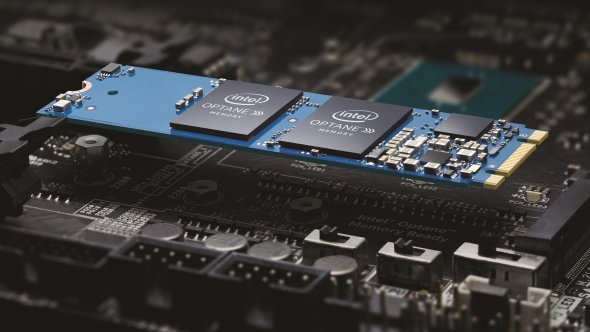 It wasn’t too long ago that Intel-Micron confirmed the end to all their other joint venture projects with NAND flash. But it’s not all over just yet, we’ve got one more generation of the two tech giants working together to make some super-fast memory. If you’ve got considerable stacks of cash and nothing to do with it, that is.

So far we’ve only had Intel’s side of the coin when it comes to consumer 3D XPoint products and their Optane SSDs are comparably very pricey compared to pretty capable NAND Flash drives on the market from competitors, though they are some of the quickest SSDs around from a general performance point of view.

But Micron’s own efforts are sure to make it to market next year. Whether either company can make 3D XPoint work on their own after a seemingly slow start in adoption… well, we will just have to wait and see.