Despite claims from CES at the start of the year that 10nm chips were on track and in retail, Intel later explained that it was going to have to delay proper 10nm CPUs until sometime next year. Maybe late next year. Or maybe 2020… A leaked roadmap for its server parts in August showed the first proper 10nm design, Ice Lake, set to arrive in 2020, after another 14nm Cooper Lake design had dropped in 2019.

A revised version of that slide recently surfaced on another website, reportedly from a data centre press conference held in Japan, which shows a new neural networking chip, from the recently acquired Nervana, sitting alongside Cooper Lake in 2019. Ice Lake is still there set to follow it, but even the vaguest of timeframes has now seemingly been dropped from the roadmap. That’s not exactly a confirmation that Ice Lake has slipped from 2020, but it does show that Intel still isn’t confident about when it is going to be able to deliver on its long-standing 10nm promises.

The new server roadmap appeared on PCWatch, but why does the high-end server tech matter to us desktop PC gamers? Intel changed strategy last year to make sure that it was focusing its newest technologies on the server world first. I mean, it’s already kind of broken that by creating a few weakheart, dual-core, no iGPU 10nm laptop chips, but in terms of serious CPUs it wants to get 10nm into servers first. 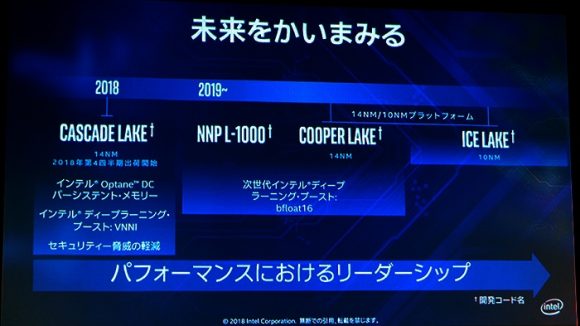 That means Ice Lake on the desktop, the first new Intel CPU lithography since Broadwell dropped, could well be delayed beyond 2020. Intel is launching its Core i9 9900K and Core i7 9700K eight-core chips in the next month or so, but they’re still very much 14nm CPUs, and still built on the same processor architecture we’ve been using since Skylake, no matter how many cores are inside them.

And that all leaves the window wide open for AMD and it’s 7nm Zen 2 processors… hell, potentially its Zen 3 CPUs too. 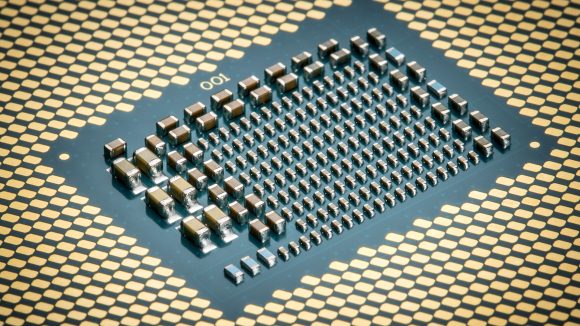 That’s pretty damning considering AMD could potentially have the chip production lead over Intel for anything up to two years. And with both its Ryzen and Epyc desktop and server parts rapidly eating into Intel’s market share, the company needs to do something to fight back.

Maybe that’s why it needs to start making graphics cards…