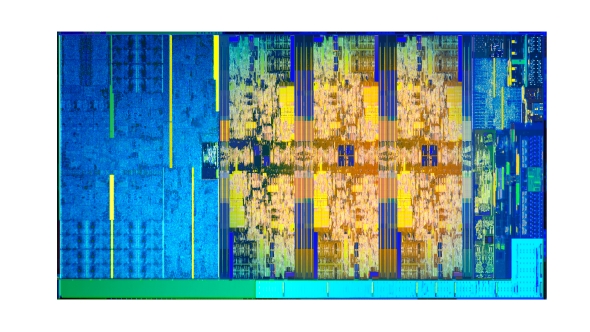 It’s Intel news day here at PCGamesN, and the latest is… the new code name from the big blue chip giant is Intel Ocean Cove. Or might be. We’re not sure, but in a job listing spotted by Sweclockers Intel are chasing up a new senior CPU microarchitect to “join the Ocean Cove team to deliver the next generation core design.”

Want to know what the best core design is right now? Check out our pick of the best CPUs for gaming.

Obviously the ‘Ocean Cove team’ name could be little more than just the funky title the Intel Hillsboro, Oregon gang have given themselves after one too many raucous nights out at the Orenco Taphouse. But what makes us think it could be more than that is the fact that Intel have today completely ripped out the section which references Ocean Cove from the listing, along with their stated goal of creating a “revolutionary microprocessor core to power the next decade of computing.” 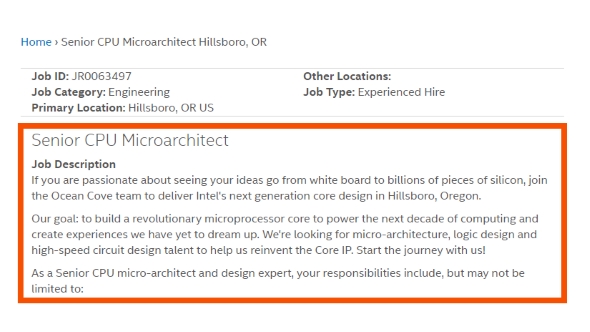 It’s interesting timing given that Jim Keller, once of Apple and AMD, has just joined Intel, teaming up again with former AMD team-mate Raja Koduri. Keller has most recently been working at Tesla, but, in his second AMD stint, was largely responsible for the design team which came up with the Zen design that has recently born fruit as the excellent AMD Ryzen 2 processors. He also came up with Apple’s A4 and A5 processors for their iPhone devices.

With Keller only starting at the end of April, and with a history of working on fresh new core designs, I wouldn’t be surprised to learn he is leading this new Ocean Cove team in Hillsboro. And obviously heading up the big Orenco Taphouse nights too. Those microarchitects love to party.

So when would this “revolutionary microprocessor core” be likely to arrive? Well, next up we’ve got the 10nm Ice Lake and Tiger Lake designs, potentially fitting out the 9th and 10th Gen Core processor ranges, with Sapphire Rapids possibly being the 11th Gen Core chip.

Could that be it for the Core architecture, and could Ocean Core then be the 1st Gen of a whole new design?

The Core architecture has been around for a long time now, since 2006, and has been the base of pretty much all their CPUs since then. Jim Keller and his Ocean Core team could then be working on something genuinely revolutionary.