Intel just delivered their groundbreaking 17-qubit superconducting quantum computing chip to QuTech’s research centre in the Netherlands, in their continued efforts to compute in quantum. In the past, Intel have been quite content to leave parallel computing to the GPU giants – AMD and Nvidia – although quantum computing may offer the processor behemoth another shot at the computational heavyweights.

Since their long journey into the discrete GPU heart of darkness with Larrabee – which rightfully ended up in the bin – Intel resigned themselves to ruling over the processor market, leaving traditional parallel computing indefinitely shelved.

Computational chips have since been thrown into the spotlight for applications such as AI and machine learning, with Nvidia pushing into machine inference with their graphics architectures to huge success. If the future of computing is to be parallel, then Intel are throwing their weight – and bank account – in with quantum, which Intel believes offers “the ultimate in parallel computing.”

While quantum computing is vastly different to traditional computing, it has massive potential due to the sheer number of processes it can run in (somewhat) parallel, thanks to the very nature of qubits.

While the process doesn’t quite relate to the discrete GPUs we know today, quantum computing could be applied in many of the same situations and it would only take a small number of qubits, entangled together in a super state, to offer incredible processing power. 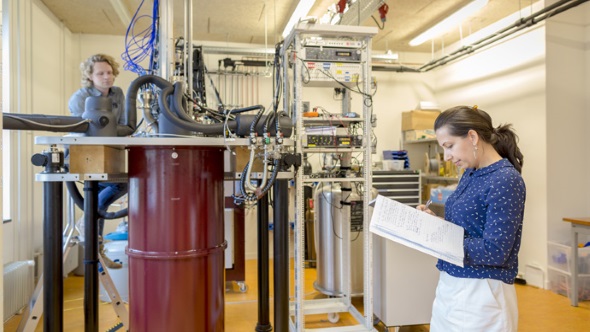 Intel still have to jump the hurdles affecting all potential quantum computers right now, and they aren’t easily bypassed. Qubits are incredibly fragile, and they require incredibly low temperatures to function – much lower than even the murky emptiness of space. Once observed or copied, a qubit will no longer exist in its original state and this is a massive issue when approaching quantum computing as a replacement for traditional bits and transistors, requiring a whole different approach.

To overcome these challenges, Intel can offer a huge amount of experience and infrastructure – they have mature processes for all aspects of production for the quantum stack, design expertise, and truck loads of experience. Intel are in a strong position to lead the charge on the future of quantum computing. They are already experimenting with different qubit types, with their superconducting qubit making its way into the 17-qubit design sent to QuTech, and they aren’t the only ones experimenting with new implementations.

In return for their expertise, Intel get a ticket into parallel computing that was otherwise just out of reach for them. The day when the world replaces bits with qubits is still a long way off, so, for the time being – unless Larrabee rises from the ashes – AMD and Nvidia have nothing to worry about when it comes to pure GPU processing power.