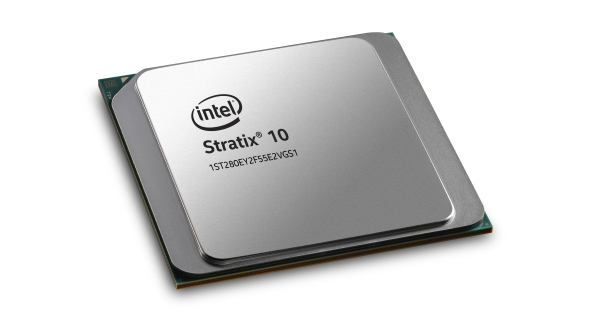 It’s surely no coincidence that the day before their arch CPU rivals launch the AMD Ryzen 2 processors that Intel come out with claims of producing the very fastest chip on the planet. Who cares if it’s not actually a CPU?

Good components are nothing if you can’t interact with your PC. Check out our pick of the best gaming keyboards around today.

In a desperately short post on the newsroom site Intel are boasting about the 10 trillion calculations per second that their Stratix 10 FPGA is capable of. The FPGA shipped in Februaryso it’s an interesting time for Intel to remind us about it…

They’re saying that’s around 10 to 100 times faster than the chips in current consumer devices, say an AMD processor, for example. The Stratix 10 FPGA is able to hit that 10 TFLOPS performance by virtue of the fact that as a field programmable gate array (FPGA) it’s designed to specialise in specific computing tasks rather than a wide… er… array of other kinds of workloads. Like a CPU, for example. 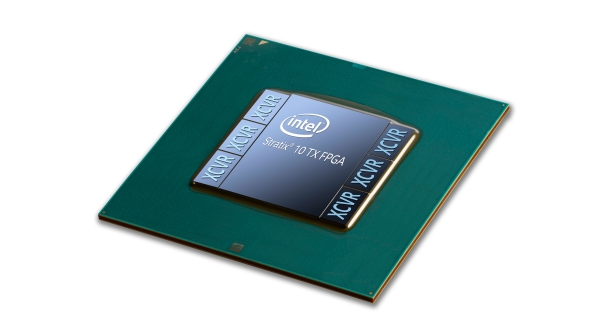 With about 30 billion transistors inside it, the Stratix 10 has over six times the number of transistors that the new Ryzen chips are sporting at ‘just’ 4.8 billion. But if you’re hoping it’s going to help your Civilization VI turn times I’m afraid you’ll be disappointed.