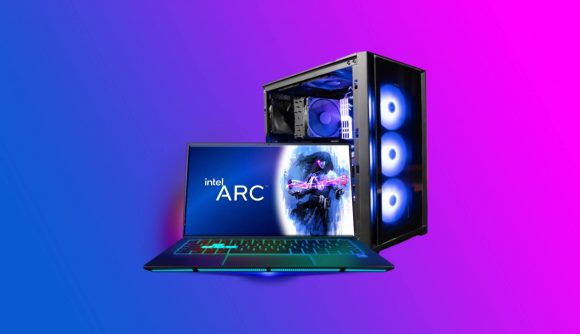 The gaming PC scene at large awaits the launch of Intel’s Arc Alchemist GPUs, but insiders now say the high-spec desktop graphics cards could launch as late as June. According to sources close to Moores Law Is Dead, the blue team plans to reveal more about its lineup at a Q2 gaming convention, meaning models might arrive just before Nvidia’s RTX 4000 series.

MLID’s insider information comes from six different sources, and they all agree that Arc Alchemist won’t arrive this quarter. There’s also a consensus regarding the earliest possible release date, as each leak references March/April. One source says that low-end 512EU 16GB GPU’s are now targeting an April 2022 launch, but caveats the claim by saying “even April is looking iffy.”

It’s important to note that while we could see Arc Alchemist laptop options launch as early as next month, the same can’t be said for Intel’s AIB desktop cards. One insider suggests that the company could have an announcement planned for PAX East, but generalised Q2 gaming convention claims mean we could hear more at E3 2022.

If rumours regarding an E3 Arc Alchemist announcement transpire, it means high-end Intel GPUs could launch just before Nvidia’s RTX 4000 series, which might arrive in July. Even if those whispers don’t hold true, a delayed launch means the graphics cards are at risk of being flanked by the GeForce RTX 3070 Ti and AMD’s Radeon RX refresh.