Intel Comet Lake CPUs have been confirmed by the company within a recent Linux graphics driver submission. Even while Intel Ice Lake and AMD Ryzen 3000 series CPUs loom overhead, Intel still plans on releasing yet another 14nm Skylake iteration before the year’s up: Intel Comet Lake.

The Linux driver contains the following description of the upcoming processors from Intel (spotted over at Phoronix): “Comet Lake is a Intel Processor containing Gen9 Intel HD Graphics. This patch adds the initial set of PCI IDs. Comet Lake comes off of Coffee Lake – adding the IDs to Coffee Lake ID list. More support and features will be in the patches that follow.”

Expected to launch with up to 10 cores available, Intel’s pushing the Skylake microarchitecture, introduced back in 2015, to its absolute limits before finally retiring it in favour of Intel Ice Lake in 2020. Expected to reach the laptop market by the end of this year, however, Ice Lake will be fitted with Gen11 graphics and Sunny Cove cores built upon the long-awaited and much-delayed 10nm process.

But Intel still has a long way to go until Ice Lake is ready to fit into desktop machines. And it seems Comet Lake may be the interim answer to the impending threat from the red team: AMD Ryzen 3000.

Today’s silicon: These are the best CPUs for gaming

With the ability to squeeze up to 16 cores onto the AM4 package with Zen 2, AMD may well gain the upper hand going into the second half of 2019. The company has already demonstrated its upcoming processors devastating computing capability, with Lisa Su ripping a Core i9 9900K to shreds live on stage over at CES during the keynote. 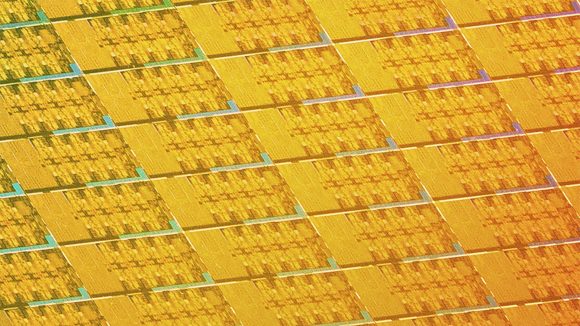 Intel’s now under pressure to put up some resistance to the red team’s advances or else risk conceding more of the desktop and mobile market. Hence, it seems, Comet Lake and the step up to 10 cores.

With each subsequent generation since Intel 7th Gen processors the company has increased the max core count by two. However, with the introduction of the i9 9900K, Intel has also seen fit to demand significantly more cash for the privilege. And that could make pricing Intel’s upcoming 10-core chips a potential minefield.

Comet Lake is rumoured to launch mid-year, just in time to compete with AMD Ryzen 3000 CPUs.