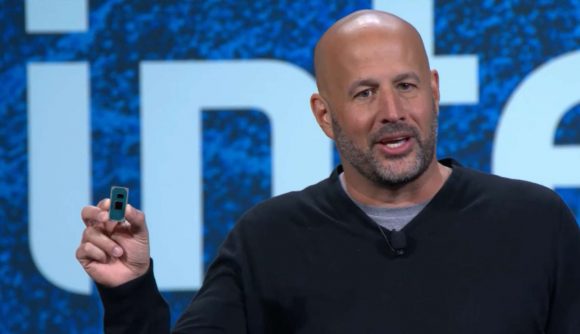 When Intel first announced the Sunny Cove design before the holidays last year we were left wondering what had happened to Ice Lake, and whether Sunny Cove had replaced it. But no, Ice Lake is still going ahead and will be the CPU family hitting the shelves, in mobile but probably in desktop form too, for the end of year holiday period of 2019.

The new mobile Ice Lake processors will introduce a number of firsts for the company, and not just the 10nm Sunny Cove microarchitecture. Along the new CPU core, Ice Lake will also come with the upgraded Gen 11 integrated graphics, Thunderbolt 3 natively integrated into the SoC, and integrated WiFi 6 support too. That’s the wireless comms tech previously known as 802.11ax. Hmm, numerical codes. Lovely.

But that’s not it – Intel is also adding some machine learning instructions to its processor design for the first time too. The new DL Boost, or Deep Learning Boost, instructions will allow the Ice Lake processors to carry out inferencing tasks on the client itself. 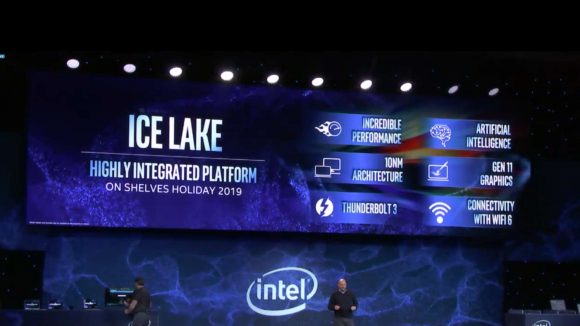 What that means in the real world is that search functionality can be less precise but faster. The example given on stage at the CES event showed an image search that was carried out simply looking for images with water in them, rather than for a specific file name. Compared with a standard system the Ice Lake laptop is able to complete the search around 1.5x faster than a normal chip. Intel is also expecting that could go up to 2x with final silicon too.

With the integrated Thunderbolt tech, and the Gen 11 graphics, Intel also demonstrated a small laptop running Tekken on a Thunderbolt-connected screen with a mouse, keyboard, and external storage attached to it.

So yes, gaming on a li’l Ice Lake laptop. The Gen 11 graphics will be the final integrated GPU core before the company shifts to the Intel Xe graphics architecture that will form the basis for its Nvidia and AMD-baiting discrete graphics card too. 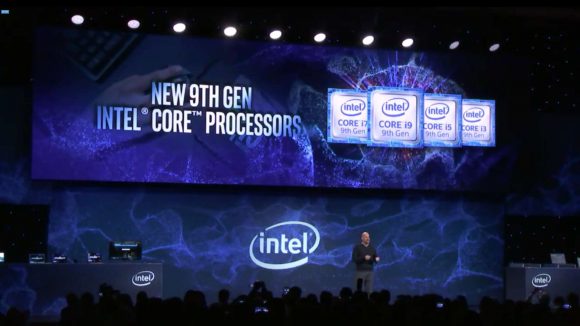 But what about now? Well, Intel is filling out its 9th Gen CPU family with a whole bunch of new processors. Well, six. Within that will be CPUs from Core i3 to Core i9, and there will even be 9th Gen H-series laptop processors coming in Q2 this year.