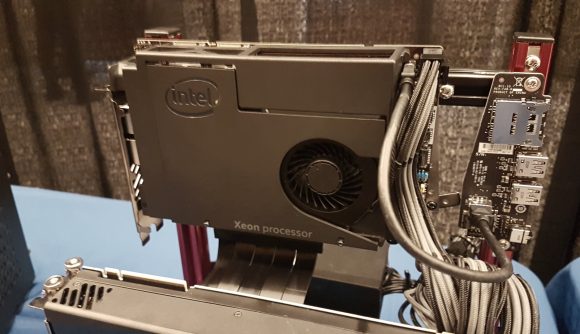 We’re smitten with Intel’s new NUC 9 Extreme. Unlike the traditional tiny NUC form factor, the new modular kit allows users to upgrade to one of the best graphics cards capable of triple-A gaming performance. But the best bit? The Compute Element at its core is a detachable 10th Gen mini PC you can plug right into your gaming PC’s motherboard.

Inside the NUC 9 Extreme is another independent NUC. Russian nesting NUCs, if you will. The bulk of the NUC 9 Extreme is actually a self-sufficient module complete with CPU, integrated graphics, SSD, and memory. This so-called Compute Element requires a standard power cable to run, of which you’ll have many going spare with most modern PSUs, and is fitted with a PCIe connector to secure it to any available PCIe slot – however or wherever you fancy.

So you could, say, plug the NUC 9 Compute Element into a spare PCIe slot on your existing gaming PC’s motherboard. A PC within a PC. The two won’t communicate, but the available ports out of the rear of the Compute Element would make it a worthy streaming PC for high quality encoding or capture card surrogate.

“Yes, it’ll work. We’ve tried it,” Faisal Habib, consumer product line manager at Intel, says. “They won’t talk to each other, but it is an independent system within another PC. You don’t have to buy a power supply, you don’t have to buy anything other than the Compute Element. 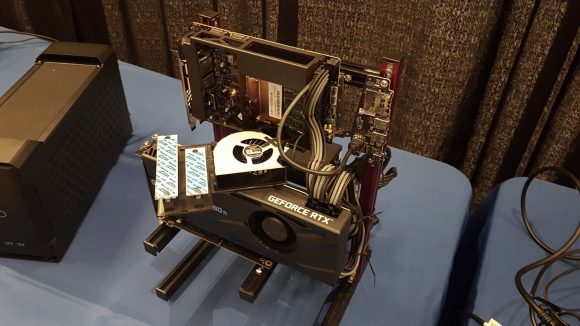 “The other interesting thing we’ve done on these is that they’re actually using 45W CPUs,” Habib continues, “but we factory overclock them, so we ship about 65W. The benefit of that is you get desktop-like performance. Because while we’re using mobile CPU for size, we’re not really battery constrained.

“In the laptop we let it work at 45W, but here we don’t have that problem.” 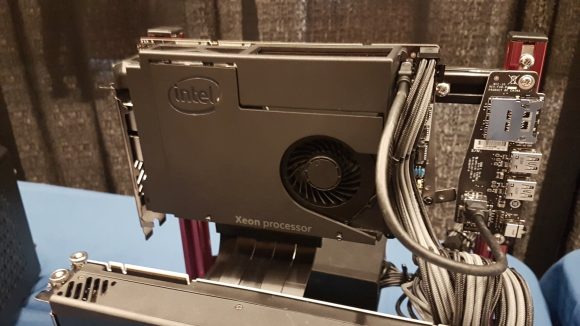 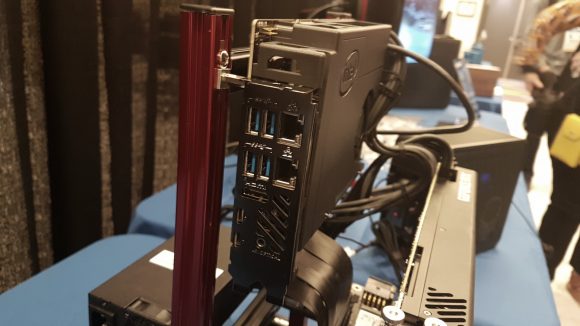 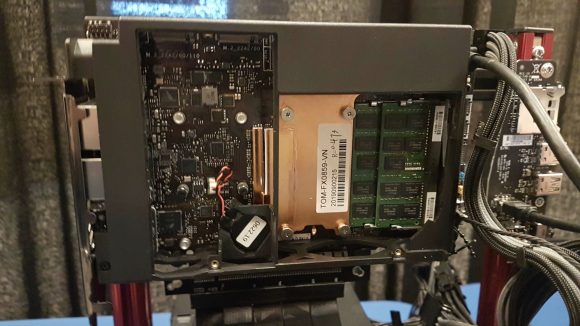 All in all, the Compute Element runs at a TDP of 95W in total. That’s with a 9th Gen Coffee Lake refresh processor. The company has plans for shipping the latest 10th Gen Comet Lake chips within the unit following the H-series launch, too.

Habib tells us that prices vary depending on processor, but solo Compute Elements will set you back roughly $1,200. That’s with all the necessary internal gubbins for a fully-fledge mini PC. Certainly not as cheap as a capture card, but that’s just one use case for the Compute Element.