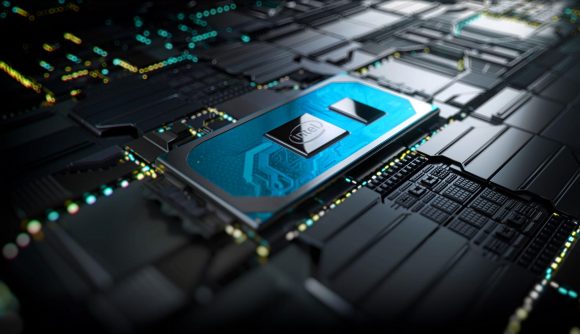 Intel is promising to match the core count and clock speed of its top 9th Gen Coffee Lake mobile processor, the Core i9 9980HK, across its 10th Gen Comet Lake H-series Core i7 and i9 lineup.

In a bid to hinder industry adoption of AMD Ryzen 4000 ‘Renoir’ APUs purportedly being announced tomorrow, Intel has confirmed that its Core i7 Comet Lake H-series chips will feature up to eight cores and 16 threads of processing power running at 5GHz or greater. The company is also promising its upcoming Core i9 H-series processors will break through the “5GHz barrier” by some margin, surpassing even that of the Core i9 9980HK at 5GHz max boost.

During a CES 2020 pre-show briefing, Intel’s technical marketing spokespeople, Ryan Shrout and Martyn Stroeve, tell us we can expect to hear more about its mobile gaming and enthusiast processors “very soon.” But also not to expect any further news on the H-series at Intel’s CES 2020 conference tomorrow, January 6, 2020.

It’s our understanding that at least a handful of OEMs are planning new gaming laptops around Intel’s 10th Gen H-series in the near-future. 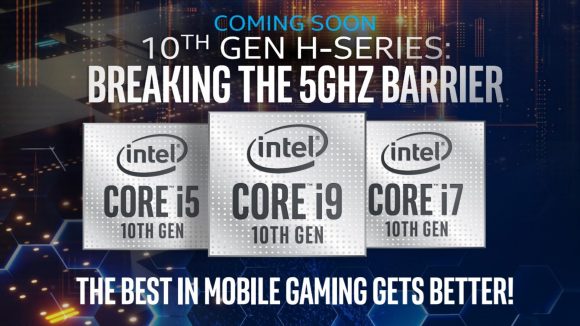 “This is the first time we’re going to talk briefly about our Comet Lake H-series,” Stroeve says. “So the best gaming CPUs on mobile are going to get better very shortly. More information is coming soon. But today, what I want to tell you, is that basically we can go 5GHz+ on the Core i7. We’re going to go even higher on the Core i9. And we’re going to have the eight-core, 16-thread at scale here, and more SKUs at the top.”

Intel’s current gaming laptop lineup is largely dominated by the Core i7 9750H, a six-core/12-thread processor with a max boost frequency of 4.5GHz.

The announcement comes moments prior to AMD’s heavily rumoured Ryzen 4000 “Renoir” APU launch. While currently only based on speculative benchmarks, the red team’s top next-gen Ryzen mobile chip, the Ryzen 7 4800U, is suspected to be an eight-core, 16-thread processor incorporating some of the advancements introduced with the Zen 2 architecture.

The face-off between Intel and AMD will inevitably come down to processor performance within a fairly restrictive power envelope – crucial to mobile performance when disconnected from the mains. With stern competition around the corner, Intel will need to be able to curtail its 45W Core i9 9980HK into something a little more lap-friendly.