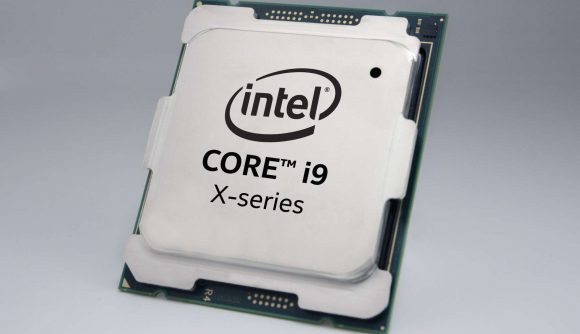 Intel’s upcoming Cascade Lake X processors aren’t just suddenly way more affordable, they also seem to be pretty impressive overclockers too. At least that’s what Intel is telling us. The 18-core Core i9 10980XE – the HEDT CPU with an unfeasibly long number string – is reportedly capable of hitting 5.1GHz on all cores with just a little judicious core overclocking.

With an all-core Turbo clock speed rated at just 3.8GHz for the base spec chip, that’s a pretty hefty overclocking boost. And with 18 cores running at that pace the new Cascade Lake X monster would be mighty impressive. And if that pace can be matched further down the stack then something like the ten-core Core i9 10900X could become a seriously good gaming processor at its new, more affordable price.

The new range of high-end desktop CPUs are set to launch in November having had a huge “price reset” compared with the last generation of X-series processors. Which is a good thing considering nothing else seems to have changed with them apart from a slight clock speed bump. Halving the price then is probably their only real chance of holding off the imminent 3rd Gen Threadripper onslaught.

All the X-series processors are unlocked, which means you have free rein to tweak the proverbials off their silicon in the hunt for the highest clock speeds. Whether you’re talking about the 18-, 14-, 12, or 10-core chips it’s all up for grabs. With the 9th Gen X-series processors there reportedly wasn’t a whole lot of extra headroom available, while Cascade Lake X might well be able to offer much more. 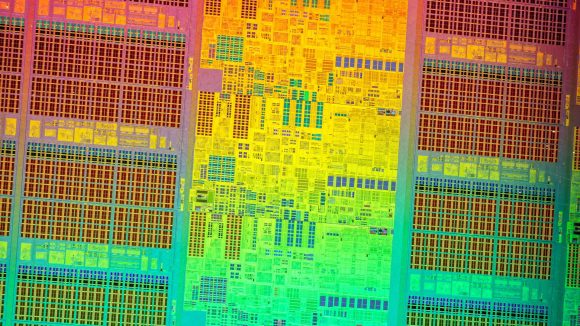 “You can overclock the heck out of these and get some really interesting results,” Intel’s Mark Walton tells us. “For example, we’ve had the 10980XE, the eighteen core processor, up as high as 5.1GHz in the lab using standard liquid cooling. And that, I believe, is all cores.”

Obviously there are caveats to this… not all chips are created equal, etc. “This is just an example of one particular chip we’ve had in the lab,” says Walton, “so this might not be reflective of all chips. Just to be clear on that, every chip is different, some chips will overclock better than others, but it is possible.”

If an expensive, Intel mega-core processor batting around the 5GHz mark on all cores pre-launch sounds kinda familiar, it might be you’re thinking of that 28-core processor Gregory Bryant showed off on stage at Computex a few years back. Yeah, the one Intel forgot to tell us was overclocked and was using an industrial cooling unit strapped to it just to be able to survive having its cores read at 5GHz on stage.

But this is not that. When Intel’s talking about ‘standard liquid cooling’ that’s exactly what they mean.

“There’s no refrigeration unit, there’s nothing like that,” Walton reassures us. “When we say ‘standard liquid cooling,’ I don’t know the specific one, but nothing out of this world.”

The new Cascade Lake X chips will be here in November, for the first time offering a genuinely accessible performance stepping stone between Intel’s standard desktop lineup and the more serious X-series processors for creatives and professionals.