Intel is offering an open invitation to all Rocket League and Street Fighter V players to compete in its brand new tournament in Japan ahead of the Tokyo 2020 summer Olympic games. With perhaps an eye to eventually get esports on the Olympic agenda, Intel is set to host a series of competitive gaming events leading up to World Open in 2020 – with an alluring prize pool set at $250,000 for each videogame.

Everyone has the chance to enter the competition with online qualifiers beginning early 2020 leading up to the big event in Tokyo. The open invite and large prize pool will surely attract some of the biggest teams and players in esports, so you’ll need to bring your a-game if you’re hoping for a chance at taking home the gold.

The road to $250,000 differs slightly between Street Fighter V and Rocket League, but the best teams from either games’ qualifiers will end up duking it out for the prize pool at the Zepp DiverCity venue in Tokyo running in the few days prior to the Olympic Opening Ceremony.

The stages for Street Fighter V are as follows:

The stages for Rocket League are as follows:

The World Open offers gamers a chance to show the professional sporting world what esports can do, and the audience it can attract. Esports in the Olympics has been a hot topic in recent years, even attracting the likes of Formula 1 and McLaren. Unfortunately, Thomas Bach, the International Olympic Committee (IOC) chief, has ruled out any violent videogames from participation in the Olympics, which likely means we won’t see Street Fighter V ever make the cut. However, major events such as this one could be precursor to further cooperation between esports and the professional sporting world. 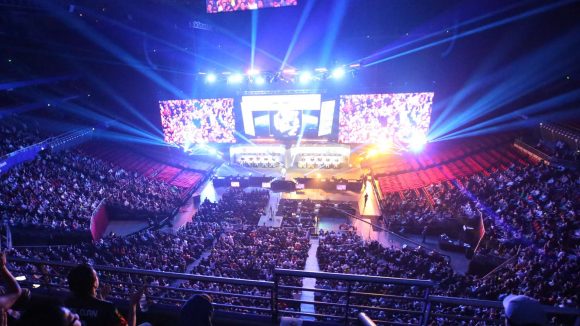 We spoke with Intel’s global head of marketing strategy for esports and gaming, Brenda Lynch, about Intel’s partner, the IOC, and its involvement in the tournament occurring moments before the Tokyo 2020 games.

“They [The IOC] have certainly have been very supportive of trying to bring the spirit of the Olympics to this activation, and we’ll be working with them especially on some integrations certainly on digital platforms.

If you want a shot at that $500,000 total prize pool and a chance to visit Tokyo during peak Olympic fervour, you best get training – you’ve got six months until qualifiers begin to hone your skills ready to take on the best the world has to offer.