Intel has taken the rather unprecedented step of immediately denouncing claims by Charlie Demerjian that it has “pulled the plug on [its] struggling 10nm process.” Intel has tweeted a response to the SemiAccurate article just a few hours after its publication, saying that the reports are untrue and that all is well in the world of its 10nm node.

Well, okay maybe not that well as it is still hugely delayed and unlikely to find its way into volume production until around this sort of time next year. At the earliest. That’s in keeping with what Intel has itself publicly stated as the timeline for its newest lithography, but does mean that it will be ceding the process lead to AMD for the first time in ages.

AMD will have its 7nm Zen 2 processors out in the wild by the middle of 2019, meaning that it will potentially have a six month lead time on Intel’s notionally equivalent 10nm production process. There are reports that AMD will not only have the benefits of a production lead by that time, but will also have delivered 10%+ more instructions per clock (IPC) in its next-gen CPUs too.

The Twitter statement from Intel reads: “Media reports published today that Intel is ending work on the 10nm process are untrue. We are making good progress on 10nm. Yields are improving consistent with the timeline we shared during our last earnings report.”

Media reports published today that Intel is ending work on the 10nm process are untrue. We are making good progress on 10nm. Yields are improving consistent with the timeline we shared during our last earnings report.

It’s the yields which are the current problem that Intel has been experiencing with the new process. It hasn’t been able to get consistent volume out of its 10nm fabs, making 10nm CPUs very expensive to manufacture.

The SemiAccurate report says that the nixing of the 10nm lithography is for the best, and that it’s a signal that “Intel is finally willing to do the right things for the right reasons even if it costs them some short term pain.”

But given that AMD is going to have what look like seriously competitive 7nm processors out by the time the apparently inhumed 10nm Intel chips would have been released, it begs the question as to what’s replacing them. 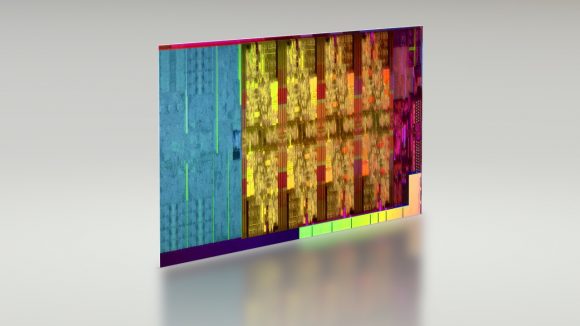 It’s possible that despite Intel’s assertions to the contrary there could be a kernel of truth at the heart of Charlie’s claims of insider knowledge. I kinda think it’s unlikely that Intel will have completely killed off the 10nm node – unless the move down to a 7nm EUV node is a more realistic target – but maybe the CPU architecture expected to arrive at the end of next year has been.

On its old tick-tock and process-architecture-optimisation models Intel always kept a new architecture and a new production process separated by a generation. Perhaps Intel has decided that in order to keep AMD in check it needs to skip the 10nm CPUs based on the existing 14nm architecture (which more or less dates back to Skylake) and start with a fresh architecture on the new node.

Whatever the truth of the matter, the fast response from Intel is as interesting as it is unprecedented.