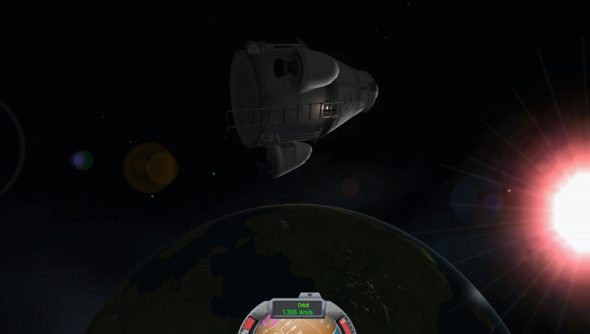 Of all the satellite ventures to spring up in Minecraft’s irresistible gravitational pull, MinecraftEdu has been the most inspired. CEO Santeri Koivisto and his team had the foresight to persuade Mojang into an educational discount, and made the game primary-age children were playing at home available as a learning tool to their teachers. It’s proven wildly successful.

But there’s a nightmare scenario. If even WoW’s star must eventually wane, won’t there come a time when those children move on to something less malleable? When Planet Notch, best imagined as a bearded Earth in a porkpie hat, shrinks to the size of a pea and a helpless MinecraftEdu drops out of the sky?

That was the question I’d planned to ask Koivisto at Nottingham’s GameCity festival last week. But instead, I was ambushed with an announcement that caused me to do whatever the Google Drive equivalent is of screwing up my questions and tossing them out the window. It turns out the Edu team have safeguarded their company’s future by embracing another breakout sandbox success: dropping-out-of-the-sky simulator Kerbal Space Program, which you should play already going by our Kerbal Space Program review.

Edu parent company TeacherGaming are building a new team to work on the project in parallel with MinecraftEdu. KerbalEdu, as it’s tentatively called, will be released in mid-November to a round of 50-or-so schools – early adopters who’ll spend “countless hours” with the game and send TeacherGaming their feedback.

Af first it’ll be a near-dead ringer for its sister, vanilla Kerbal – practically impossible to tell apart for even the most fervent rocket-builder. That’s a consequence of the “lean” development process the Edu team have been working to perfect. Even now, their custom MinecraftEdu mod offers the barest possible bones – the odd technical shortcut, a more accessible backend, and just enough on-off switches to allow teachers to tune the experience to their classroom needs.

“The idea is that we don’t ruin the game,” Koivisto told PCGamesN. “So when the kids come to school they don’t think it’s some rubbish school Minecraft, they just know it’s their favourite game at home and now they’re playing it at school.”

In fact, the most important work TeacherGaming do comes at the payment stage, before anybody launches the game.

“It may be funny for a private person to think, ‘I have my credit card, I can just go online and buy stuff,’ but schools can’t do that,” said Koivisto. “It’s a huge mess of purchasing systems. We’ve tried to work with the different countries’ purchasing systems and been successful with that.” 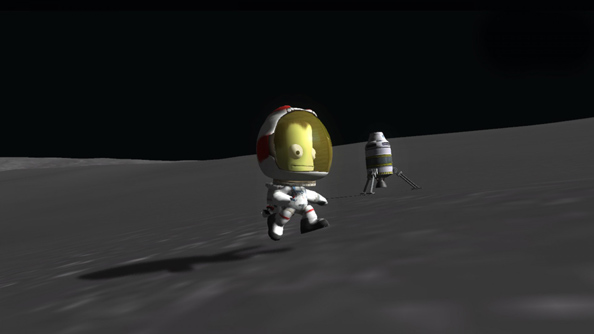 In recent months, TeacherGaming have thrashed out a similar agreement with Kerbal developers Squad. They’ve negotiated a “very reasonable” price for schools, and will monitor purchases to ensure wily would-be purchasers can’t buy educational copies in bulk and sell them on for profit. And crucially, they’ll ensure that Squad can get on with the very important business of making Kerbal Space Program.

“How we think of it is that these guys, and Mojang, and everybody else we work with, should concentrate on making the game as fun and as great as possible,” said Koivisto, gesturing to the Mike Geelan, the Squad developer sat in the chair beside him. “We need the super awesome game as the core. These guys are the ones concentrating on that. We don’t want to mess with how the game works, it should be how it is.”

For their part, Squad will offer TeacherGaming technical support and advice as they implement their educational tweaks. They’ll probably build a new launcher, so that the Edu team can run their own patching process. And an even more valuable service will flow back the other way and “benefit the game as a whole” – the feedback of a growing pre-teen playerbase. After all – children make a great baseline for accessibility.

“It needs to be accessible for all ages, really,” said Geelan. “We’ve got people who are 60 odd playing [Kerbal] and we’ve got 10 year olds playing it, and everyone seems to really love it. But whether it’s accessible for all those age ranges is a different matter. We are slowly trying to close these holes up.”

A ginormous update two weeks ago saw Kerbal make one giant leap towards accessibility with a new career mode. In a sometimes intimidating sandbox where players have been required to set their own targets, Squad have finally begun to nudge them in the right direction.

“As we get towards some of career mode being completed, we are going to add more feedback, advisers, that sort of thing,” said Geelan. “We’ve just released the Research and Development update and the feedback on that’s been really great. So I think people are really going to love the new things that are going to come up in future patches.”

Part of the joy of a major Kerbal update is in the animated shorts Squad have released alongside them. The Kerbals themselves are possessed of the same kind of slapstick appeal as Ubisoft’s Rabbids, or Despicable Me’s minions – the perfect mascots for a game that can look like a staid sim, and an obvious pull for school-age players.

“I think the characters were what attracted me to the game, as well as the space game and simulation, which is my cup of tea,” agreed Geelan. “But the characters are what sets it apart from, say, Orbital, which is just pure hardcore space simulation, very inaccessible, very hard, lots of numbers. Hopefully we’re somewhere in between.”

“I think the whole context and the whole fictional story, it all adds up,” said Koivisto. “And although we are maybe learning the hard physics underneath, it’s still the fun that’s a big part of why the game works.”

It’s not hard physics that TeacherGaming and Squad want to teach, necessarily – but “why aeroplanes stay in the sky”.

“Our point of view for education in general and with Kerbal is not that we should teach you force and mass or Newton’s laws, but to get people interested and understanding some of the very basic concepts,” explained Koivisto.

“A lot of schools have one hour per week of computer lab time, which is a ridiculously small amount. So what can you do other than get them excited, get them interested, so that they learn at home?”

That question begs another – how on Kerbin will children learn to launch rockets in one hour a week? The answer is that they won’t: the joy of Kerbal isn’t in stat optimisation, but in learning through trial and error and sending plenty of Kerbals to doom or abandonment along the way.

“There’s a lot of failure,” said Geelan. “But there’s some inspiration to achieve better. It’s an iterative process. The first time, it’s just going to explode. The second time, it might come off the pad. The third time, you might get to 30,000 feet.

“It’s meant to be a fledgling space nation. They’re not professionals, by any stretch of the imagination. You are supposed to be learning along with them.”

TeacherGaming hope that those early explosions will have pupils running to Wikipedia and looking over their shoulders to their teachers – straining to understand the game and the concepts it’s built on a little better, because they’ve found that failing at Kerbal Space Program is some of the best fun to be had on a PC.

Geelan nodded. “Failure is fun is sort of our watchword,” he said, proudly.