Iron Harvest – the RTS game set in the alt-history universe of Polish artist Jakub Rozalski’s paintings – has now got ranked competitive play. This means fans of the meaty mech-stravaganza may now measure up their mechanised machines mano-a-mano in many multiplayer matches. Magnificent.

Your position on the ladder is measured in ‘skill rating’, or ‘SR’, a blog post announcing the update on Steam explains. There are six leagues – Bronze, Silver, Gold, Platinum, Diamond, and Master – each made up of three divisions. Each match you play, you either gain or lose SR, depending on your performance. Earn enough SR, and you get a shiny promotion to the next division or league. Lose too much SR, however, and you might get demoted. We sort of hope this prevents players from using mechs and instead gets them to take the field of battle in an actual tin of beans, although this is admittedly unlikely.

To establish your initial rank, you’ll need to play a series of placement matches. Developer King Art currently estimates this number at around “ten to 15”. This isn’t the only update the game has received, though. Players now have the option to auto-cast abilities, too.

“The idea behind this feature is to take some of the micro-management off the players should they choose,” says the developer. 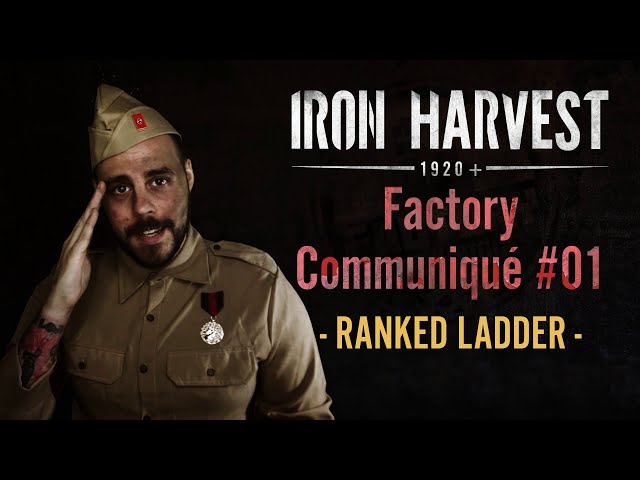 On launch, Iron Harvest was compared unfavourably in its Steam user reviews to classic Relic RTS games like Dawn of War and Company of Heroes by some players, in part due to what many players saw as missing features. When the game was Kickstarted a few years back, ranked play was mentioned as a planned feature, and now it’s here to dive into at last. It’s a beautiful, uniquely stylish strategy game, so this is hopefully just the first oil check of many in Iron Harvest’s future.