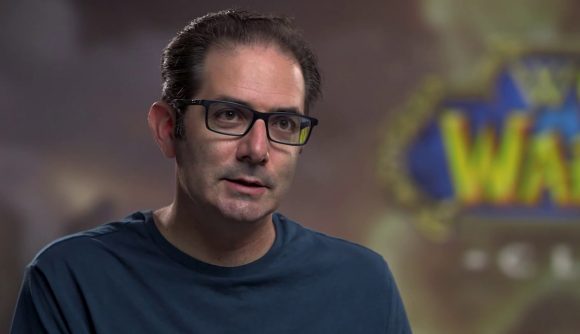 Just over a month ago, Blizzard suspended Hearthstone pro Ng Wai Chung, also known as ‘Blitzchung’, after he made a statement supporting protests in Hong Kong during a post-match interview. After public backlash in which players threatened to boycott Blizzard, the company reduced Blitzchung’s suspension, but that wasn’t enough for many observers – including some of Blizzard’s own employees.

Now, some prominent figures at Blizzard have started to offer more direct criticism of the company’s decision. “I was relieved when they reduced his suspension,” Overwatch director and Blizzard VP Jeff Kaplan tells The Washington Post. “And I think the suspension should be reduced more or eliminated. But that’s just me.”

Kaplan says Blizzard’s action against Blitzchung happened “way too quickly,” and says that similar actions in the Overwatch League usually take “about four or five days to make the decision. There was always a group of us involved in deciding what the punishment should be, and we would heavily devil’s-advocate every part of the decision. So I was actually shocked that such a harsh penalty was levied.”

These statements echo those of Hearthstone director Ben Lee, who told Kotaku this week that “The initial decision was too harsh. Absolutely.” Though creative director Ben Thompson added that while Blizzard supports players expressing their views on their personal platforms, “doing so from a platform very much not your own and done from a voice not your own to take control, so to speak, or on behalf of another is not free speech. That is on behalf of something that’s not yours to do with.”

Blizzard president J. Allen Brack’s BlizzCon apology came as a surprise to open last weekend’s show, but Brack’s statements didn’t really directly address the criticism – and, as he later confirmed, did not indicate any new plans for action on Blizzard’s part.