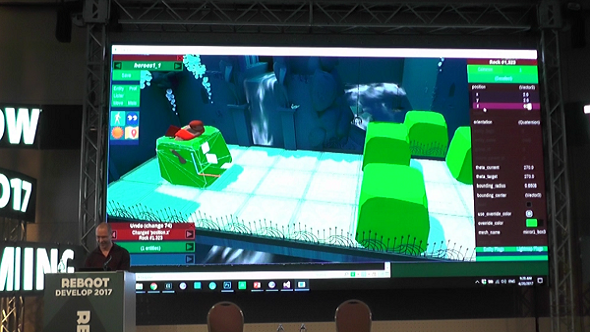 What’s Jonathan Blow, creator of The Witness and Braid, working on now? Well, mostly some game creation tools, but to help with that process he’s also building a game alongside it. Whether it sees release or not is up for debate, but it’s certainly being prototyped.

It’s a box-pushing puzzle game in the style of Sokoban – you know, that retro game about pushing boxes around a warehouse. If it sees release, expect that, but with existential pondering or something.

The prototype was teased during the Develop Reboot conference in Croatia, where Blow was showing off a little of the new engine he’s creating. Here’s the stream, with Blow’s section beginning at around 5:33:

“It’s a nice little grid-based game,” as Blow describes it. “I’ve got a guy who can run around and push blocks and stuff.”

Obviously, it’s nowhere near done just yet, but Blow says there’s around 25 hours of single-player content in there already.

You can see some earlier builds on his Twitch channel.