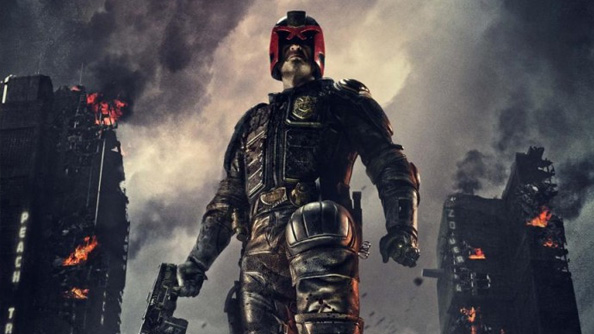 Rebellion opened the door to license out games in the 2000 AD universe earlier this year. That means any developer or publisher can approach the studio and pitch a 2000 AD game – Rockstar want to make GTA: Judge Dredd? Sure. Arkane want to do an immersive sim set in Strontium Dog’s world? Go for it. An indie studio wants to make a 2D platformer based on Ace Trucking? Why not. All they have to do is approach Rebellion, ask, and agree to the terms.

Rebellion have said previously that they were considering a Judge Dredd game.

Since that announcement, multiple studios have struck deals with Rebellion to make games in their iconic comic book universes. We spoke to Rebellion CEO Jason Kingsley to see what we could find out.

“I wanted to do lots of games with 2000 AD characters but we didn’t have time and money,” Kingsley says. “As time was going on, lots of people were asking, ‘Why aren’t you?’ And I would say ‘Well, we haven’t got the time’. So I thought this was ridiculous, literally it’s been 17 years and there’s been about three, four games out – that’s not good enough.

“So, recently, we opened up the library to people, and said, ‘Come and pitch ideas, if you want to work with us we’ll work out a licensing deal that makes sense for everybody, and you can work within the 2000 AD stuff’. So, hopefully next year we should start to see some public announcements about some of those games coming out.”

What those games will look like is anyone’s guess since the floor is open to developers of all sizes. “We’ve always done a range of titles, and I think it’s safe for you to guess that we’ll be doing a range of scales of titles,” Kingsley admits. “For example, one that’s been announced is Osprey Games are doing a card game based on Judge Dredd. So that’s been announced but that’s a card game rather than computer game.

“The way we always work is we have a portfolio approach. Our plan was to have a variety of different titles of different scales, so there would be some kind of very kooky niche titles, and hopefully some really big extensive ones as well.”

At the moment, Rebellion themselves have no concrete plans to release a game in the 2000 AD universe. However, if Rogue Trooper Redux – their recent remaster of that third-person shooter where you play as a blue squaddie – sells well, it could be something they consider. “If that goes well, and the market responds well, which it seems to be doing, there’s a good chance we’ll look at it again,” Kingsley says. “Every game we do is a test.”

This is an excerpt from a larger set of interviews conducted for Rebellion’s 25th anniversary – keep an eye on the site for more.