You might not know the name, but you’ll probably know the contents of Shonen Jump. Established in 1968, the weekly manga magazine introduced the world to titans of the medium, most notably the big three, of Dragon Ball, Naruto, and One Piece. Jump Force brings together some of the biggest names from Jump’s history in an all-out brawl that aims to be a bombastic celebration of its 50-year legacy.

Although Goku and his intergalactic entourage are some of the first heroes you will meet in Jump Force, this is a very different beast to last year’s surprise hit Dragon Ball FighterZ. Where FighterZ is a 2D fighting game, Jump Force is a 3v3 3D brawler in which you control a small team. Battles take place in wide-open arenas, allowing you to dart around freely, or send your opponent flying across the 3D plain. Combat is a rock, paper, scissors system comprised of light and heavy attacks, as well as grapples and special moves. Blocks and dodges will help you steer clear of standard attacks, while grapples will break the block. The name of the game is anticipating your adversary’s next move and taking an action that will preemptively counter it, relying on cues both visual and auditory.

Each character comes equipped with four specials that can be activated by holding the right trigger – if you’re playing on a controller, which you definitely should – and pushing the face buttons. These moves are lifted directly from that character’s manga and look fantastic, seamlessly switching camera angles to mimic the fluid and flashy 2D animation. Some special moves will break your foe’s block, whereas others will have a large area of effect or quickly close the gap between you.

These moves will also cost you energy, so use them sparingly. Most fights are 3v3, allowing you to switch to another member of your team on the fly. They all share a single health bar, and as most of the characters’ basic attacks are indistinguishable from one another, switching doesn’t lend you much of a tactical advantage.

At first glance, the fighting looks strikingly similar to the superb Naruto Ultimate Ninja Storm series, a long-running game adaptation of the anime, also produced by Bandai Namco. This CyberConnect2-developed series captures the pulse-pounding action of the anime, through tight, responsive combat, attention to detail, and stunningly authentic visuals. Noting that Jump Force’s combat seemed to be lifted more-or-less directly from Ninja Storm gave me high hopes going in. It’s a tried and true formula, so the addition of yet more fan-favourite franchises could only improve matters, right? Well, not quite.

Looking for a scrap? Check out the best fighting games on PC

Development for Jump Force was handled by Spike Chunsoft, and while the DNA of CyberConnect2’s work provides the core of the experience here, their level of polish and visual flair has not quite made the jump. Instead of diving into one of the colourful Shonen worlds, the story places you first in real-life, present-day New York. 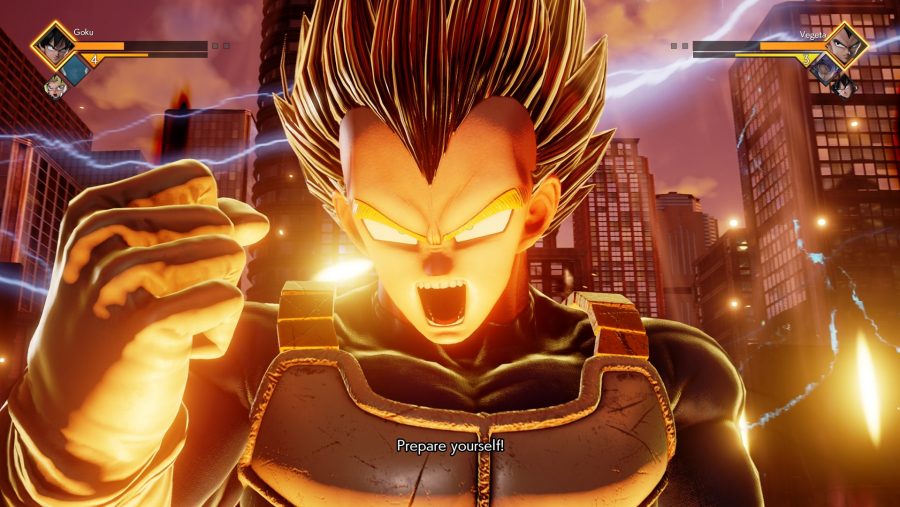 Seeing your manga favourites realistically rendered in real-life environments is both amusing and jarring, but the novelty soon wears off as you notice just how bland and lifeless those real-world environments are. With the sheer amount of resplendent fantasy worlds that could have been utilised, your journeys beyond the bounds of reality are disappointingly few and far between.

Over the course of the uninspired story mode, you’ll encounter familiar faces from the likes of Dragon Ball, Naruto, One Piece, Bleach, Jojo’s Bizarre Adventure, My Hero Academia, and more. You’ll even run into enigmatic sociopath Light Yagami from Death Note, though he’s sadly not playable. There’s a good mixture of characters in the roster, but there are some noticeable gaps too. Fan favourite One-Punch Man is noticeably absent – possible material for DLC.

None of those present are well-represented. Throughout the story you will sit through too many cringe-inducing cutscenes, consisting of characters standing stock still and delivering roughly translated exposition towards your custom-created avatar (the creation of which is unexpectedly one of the game’s highlights), interspersed with standard fight sequences. 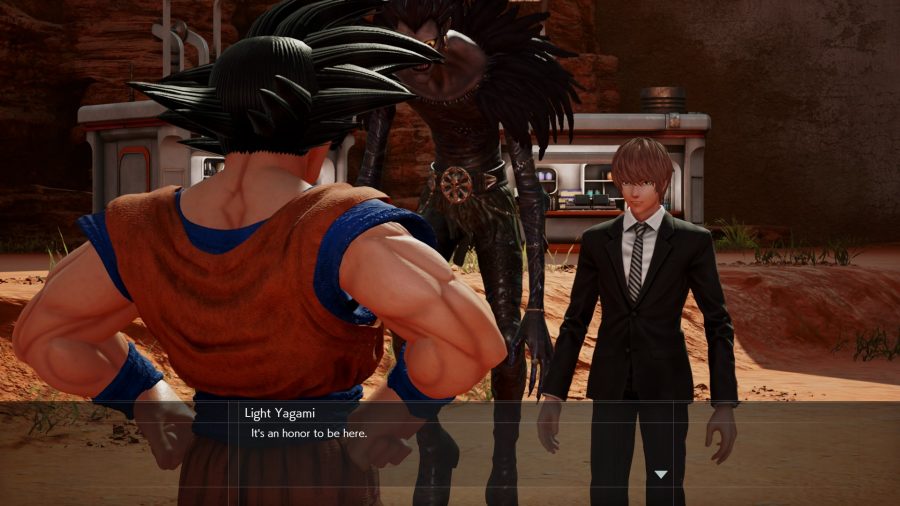 The combat is solid. Combos feel punchy and fluid, and when the sparks truly fly it does a good job of evoking the over-the-top excitement of manga fight scenes. However, given that Jump Force’s combat is built upon the foundations of Ninja Storm, it’s surprising that there is actually less going here than in its predecessors. There are no items or standard ranged attacks, and the options for dodging out of combos have been severely reduced.

While CyberConnect2’s games would allow you to jutsu out of combo three times before cooling down, Jump Force allows only one dodge per combo, which is wildly inconsistent in practice. Most times I started to get combo’d by an opponent I would just resign myself to being juggled until the sequence finished – there was really nothing at all I could do to counter or escape. This gives you less room to take risks and often results in the player relying heavily on blocks and grapples, neglecting the flamboyant special moves. 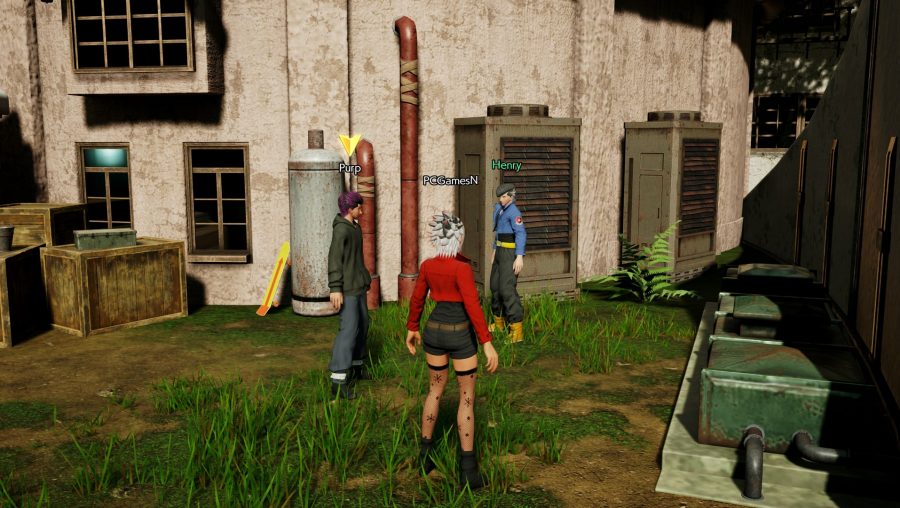 This frustration was compounded by the extreme difficulty spikes that kick in early in the lengthy campaign. Rather than the AI scaling for more challenging encounters, enemies simply get buckets of extra health and hits that decimate your health bar. You have the choice to level up your character in dull side missions or continue to bang your head against overpowered AI opponents. There are also no options for lowering the difficulty, so if you want to see all the story has to offer, be prepared for a grind.

If all you’re looking for is a way to see Goku smash Sasuke’s face in, then there is plenty of that in Jump Force. But the dull story, bland environments, and overall lack of polish means that it falls short of many other anime adaptations.

Despite having 50 years of legacy to work from, this manga mash-up feels like a rush job. The combat offers basic fun, but as a complete package Jump Force proves to be a flop.