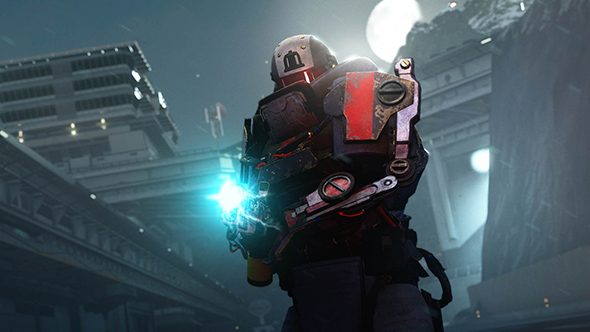 Square Enix got a bit more specific about Just Cause 4 gameplay today, offering an official breakdown of its own trailer highlighting what to expect from Rico’s latest explosive sandbox. There’s plenty of new info on Rico’s arsenal in particular, including alternate fire modes and new ways to make use of all your weapons.

Loadouts will be a greater focus this time around, with the developer putting a much bigger emphasis on ensuring each weapon has its own role and purpose in combat.

Dig into the best sandbox games on PC.

One of the big new weapons is a portable, shielded LMGs, typically wielded by heavily armoured enemies. Of course, if you get hold of one you can use it to rain down gunfire on your foes while protecting yourself against frontal damage – another example of a weapon with multiple uses.

We also see a mortar enemy who launches a personal defence drone in the air to assist – something we know Rico can make use of – and finally, there’s an enemy who can cloak themselves like a chameleon. Weather we can use that stealth gadget, however, remains to be seen.

We have further details on Just Cause 4’s release date, multiplayer, and much more. You can also find plenty more detail in the official trailer breakdown above.