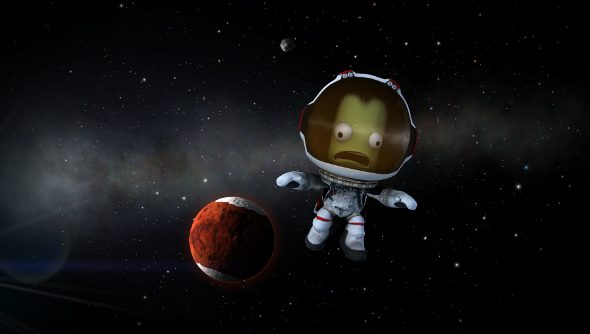 “As development in Beta has progressed, one thing has become very apparent, Kerbal Space Program is about to reach a state in which every single one of the original goals for the game has been reached, and we can say that our original design document has been fulfilled,“ Felipe Falanghe wrote on the KSP blog.

While Kerbal Space Program 1.0 will be a complete game, that doesn’t mean Squad’s finished with it.

“What does 1.0 mean for everyone then? Most noticeably, it means KSP will be leaving the Early Access program. And while this does mean we are ready to call KSP a complete game after the next release, it does not mean development itself is complete. Far from it, in fact.

“We see no better way to follow up on reaching our initial goals than to continue development on Kerbal Space Program, beyond Beta, past our original plans. This means that after 1.0 is out, we will continue on with free updates 1.1, 1.2, and so on.”

Since it’s a release update, expect it to be very meaty. Like a burger slapped between two burgers. Inside a cow. Here’s the list of features that Squad plans to implement:

It looks like we’ll need to strap Steve onto a rocket again, so he can tell us how it’s changed since his Kerbal Space Program alpha review.