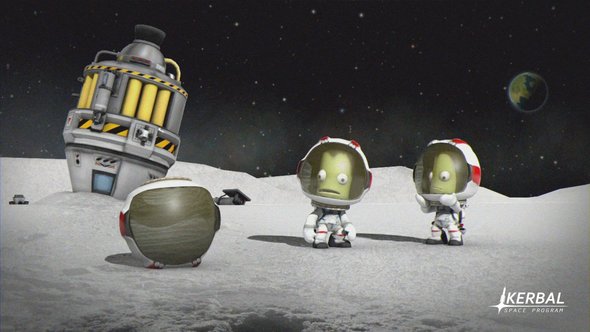 Squad have responded to concerns about the future of Kerbal Space Program following the announcement that Valve had hired the team responsible for the spacefaring tool-em-up. In an episode of the Game Dev Unchained podcast, Roger Lundeen stated that the entire team had been given jobs by Valve around five or six months ago. However developers Squad have now confirmed that they “continue to be an independent studio and the core KSP team remains at Squad, hard at work on Update 1.3.”

Keep it low-key with some of the best indie games around.

In response to concerns about the possibility of the entire team at Squad having left to join Valve, the Mexican studio explained “we have had several people working on our team over the years, it is common among development studios for team members to come and go, and if some of them are currently working in Valve, it is on their behalf and we have nothing to do with it.” They then went on to wish them well, adding “if this rumor is indeed true, we can only wish whomever they are good luck and success in their current and future endeavors.” Valve have already responded to questions about the validity of all of this, stating “they joined a little while ago and we will have more news about what they are doing soon.”

This should lay some fears to rest for the KSP community, several of whom have expressed concerns that the move might slow or even halt development on the spaceship building simulator. This is especially timely given the mass-departures of key developers from Squad last October. Of course, the question on everyone’s lips now is what the ex-KSP developers are working on at Valve. Hopefully we’ll know more soon.

Kerbal Space Program is available on Steam for $39.99/£29.99. You can join in the discussion over the official forums.