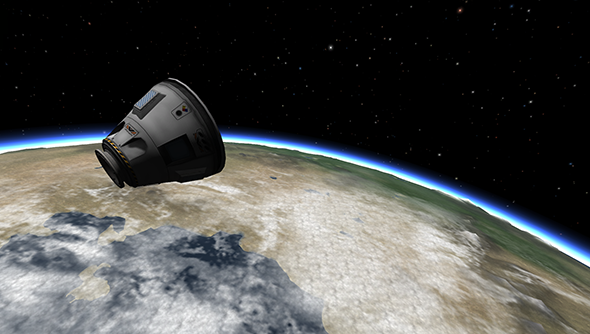 The Kerbal Space Program community has been abuzz today with the news that a portion of the KSP team at Squad have been hired by Valve. It all began when an ex valve artist spoke about the hires during a recent podcast.

Roger Lundeen, who worked at Valve as an architect and environmental designer between 2010 and 2013, said the hires happened around five or six months ago. You can hear the exact quote in the Game Dev Unchained podcast at around the 20:00 mark. It’s embedded below for ease.

The news came during a chat about mod creators and people making their way into the industry. “[Valve] are still buying up mod teams,” says Lundeen. “There’s the group that made Kerbal Space [Program] – I think that happened about five or six months ago. They gave that entire team jobs. Those guys were out of Mexico, I believe.”

In the comment, Lundeen got the name of the game slightly wrong and he also called KSP a mod, but we’ve since clarified with him that he meant the game, not a team behind a mod for the game.

“Fortunately a listener posted a clarification that KSP is a stand-alone game built in Unity, not a mod,” Lundeen tells me. “I guess some members of that team are now at Valve, how many I don’t know. I imagine KSP remains the IP and property of Squad, in Mexico City. So the devs, not a mod-team.”

We also emailed Valve for comment, and a representative responded confirming the hire. “Yes, they joined a little while ago and we will have more news about what they are doing soon,” explains the Valve spokesperson.

Late last year there was some trouble at Squad, with seemingly a mass exodus of key staff. That exodus followed some allegations made by a former employee about working conditions – allegations Squad firmly denied.